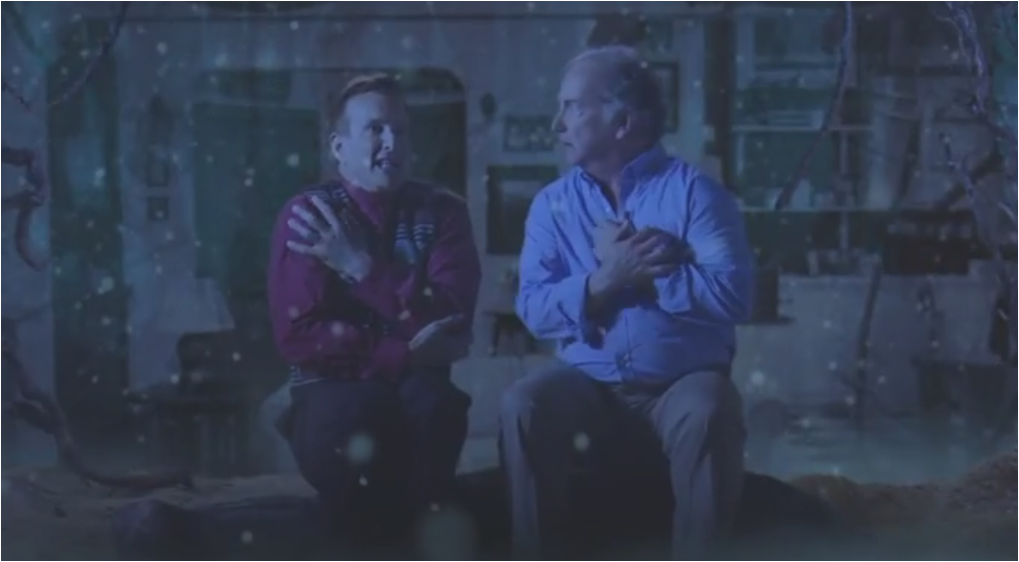 Netflix’s Stranger Things relies heavily on ’80s nostalgia, so it seems inevitable that people are going to want to do mashups with with it and properties actually from that decade. Due to the name, one of people’s favorite references to bring up is, of course, the sitcom Perfect Strangers.

ScreenJunkies, of course, used the Perfect Strangers‘ theme song as their template for their “Honest Retro Television Theme” for the show. Now Jimmy Kimmel Live! has upped the ante, by actually getting Mark Linn-Baker and Bronson Pinchot to appear as their characters in a sketch called (you guessed it) “Perfect Stranger Things.”

It’s pretty funny (for a Jimmy Kimmel sketch), though what won me over was the Full House joke at the end. Of course, you should just watch it and judge for yourself.