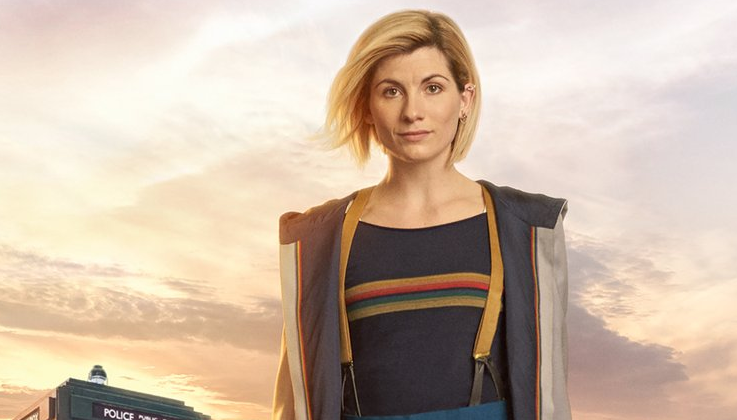 Jodie Whittaker will take over as the thirteenth Doctor at the end of this year’s Doctor Who Christmas special, but we’ve only seen her in outgoing twelfth Doctor Peter Capaldi’s costume so far. Since every regeneration of the Doctor has a signature look (or two) that’s their own though, many have wondered what she’d end up wearing normally.

Well, I guess now we know. Earlier today the BBC tweeted out the following image of Whittaker in costume, standing in front of the TARDIS:

It’s definitely… different? I mean, I like it (and that long coat is going to look great in running scenes), but it’s not exactly what I expected.

You’ll also notice the TARDIS itself has been updated – gone is the St. John’s Ambulance sign that’s adorned the Eleventh and Twelfth Doctor’s tardis, and we’ve reverted to the dark backed sign (matching most of the Old series and the 1996 movie). Overall, I like it. It harkens back to the old show while still feeling really modern.

What do you think?