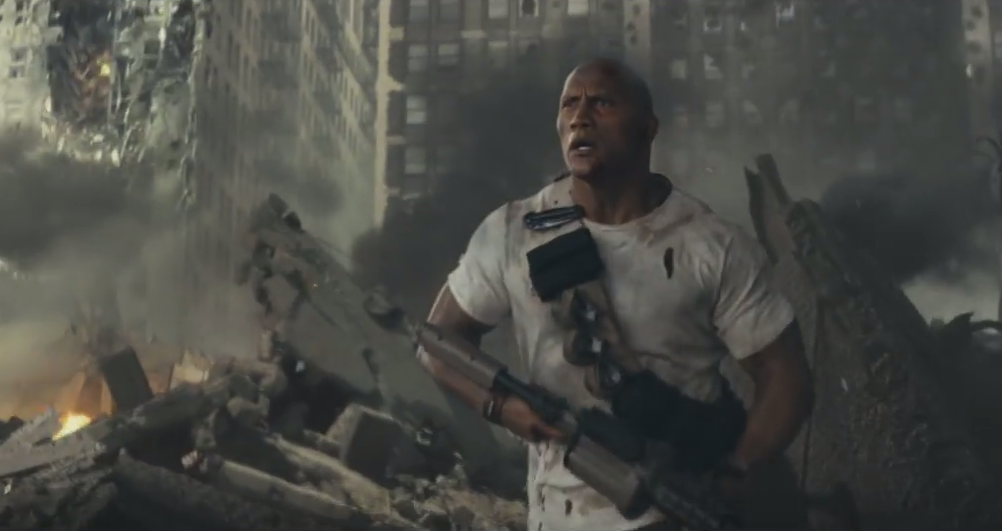 We haven’t really talked about the Rampage movie since it was first announced back in the summer of 2015, but the first trailer dropped a few days ago for the film. Starring Dwayne Johnson, and based off the classic video game… you can pretty much figure out what this movie is going to be.

The movie looks sadly like they’re taking the premise seriously, which is too bad — as the joy of Rampage was just how ridiculous the game was. I mean it was a game where you play a giant monster wrecking buildings. It seems a waste to just turn it into another straight action film. At least Johnson is a charming enough actor to make it watchable.