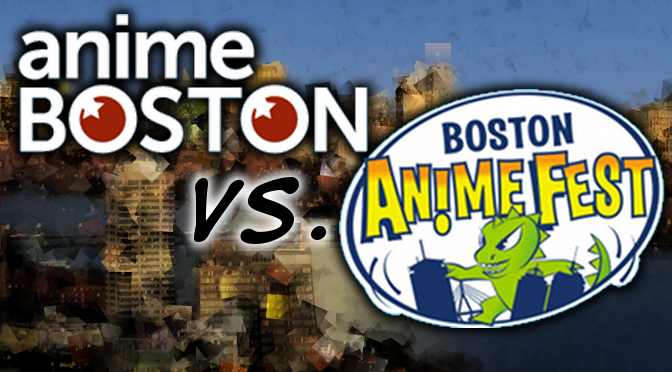 The New England Anime Society of Somerville, organizers of long running non-profit anime convention Anime Boston, has filed a lawsuit against an event run by two former volunteers over their name. The other convention is technically called “Boston SouthCoast Comic Con,” but they’ve begun marketing the for-profit event under the name “Boston AnimeFest.”

We’ve posted the Boston AnimeFest logo above, and the con has gone so far as to register the domain BostonAnimeFest.com (which points to the Boston SouthCoast Comi Con site). The Anime Boston organizers are obviously concerned that potential attendees could be confused by the similar names. I don’t think I would have necessarily agreed, but after typing the words “Boston” and “Anime” this many times in a row, I’m a bit turned around myself.

It will be interesting to see how this shakes out.