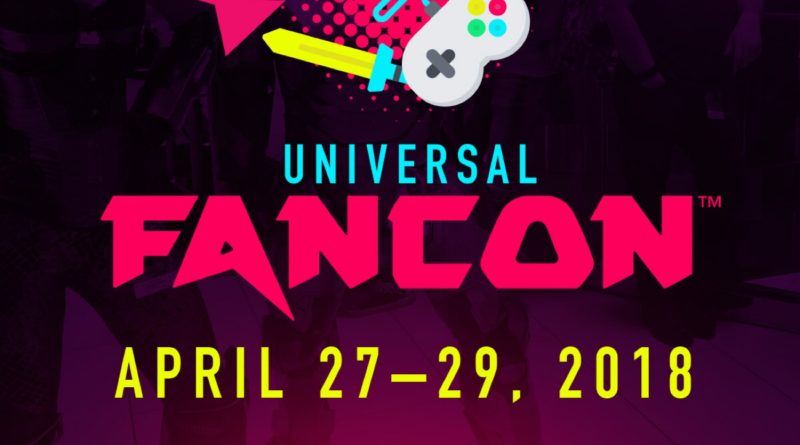 With just a week to go before it was set to open its doors, Baltimore based Universal FanCon appears to have been officially cancelled. Wait, I’m sorry — did I say cancelled? I meant “postponed.” Yep, totally just “postponed.” To when you ask?

Well… there doesn’t seem to be an answer to that.

The announcement was sent out yesterday, though most found out via a tweet:

Our official statement on the status of Universal FanCon, including FAQ can be found at: https://t.co/Q17gkWzko7

That tweet, of course, leads to the official website where a complete statement was released by the organizers. As cancelled con’s websites have a habit of disappearing in the long term (and on the off chance they get their stuff together it’ll still pop off their front page), here’s a complete copy of the text:

There is an FAQ section at the bottom of this statement that provides answers to many of your questions. We may post additional updates in this space as we work on creating resolutions to your concerns.

As many of you may have heard, Universal FanCon has been postponed until further notice. It will not be held as previously scheduled on April 27-29 at the Baltimore Convention Center. This is an incredibly heartbreaking decision. Based on an evaluation of all the information available, it was decided that it would be irresponsible to move forward with our plans. Although we worked diligently to preserve the vision of an event that fosters true inclusion, diversity, and safety for all of our guests, exhibitors, and attendees; despite working tirelessly for close to two years, we fell short in delivering the event we envisioned.

To provide further context, FanCon began as a dream held by a few and grew in size as we spoke with like-minded people in the pop and geek culture space. Our members and you, our supporters encompass many intersections of marginalized groups and we wanted to do what other cons would not — give us a true voice and platform on which to build an incredible event that catered to all of us. To facilitate that, we launched a Kickstarter in late 2016, to which we received overwhelming support. We built up our internal teams, comprised mostly of volunteers who still held full time jobs while supporting families. We spoke with various experts to gain insight into how to produce a convention and better understand the activities that needed to take place in order to execute this event.

As we built out our floorplan, invited guests, figured out lodging/travel arrangements, and confirmed activities, our costs started to grow exponentially. Unfortunately, the support we were anticipating in terms of ticket sales and sponsorships did not materialize. Accordingly, the organizers of FanCon made significant personal investments in order to ensure FanCon’s success. In addition to these investments, we worked to scale back the number of guests and limit the convention space to create a leaner and more efficient show. Sadly, this was not enough. If we were to have moved forward, the event would have been significantly diminished.

The strength of the chorus of unique voices that represents FanCon is of great value and we are devastated we couldn’t keep the convention on as planned. Further, we’ve made mistakes in the process of trying to inform all of our stakeholders (guests, exhibitors, panelists, attendees, kickstarter backers, etc.) and have caused significant inconvenience to many who trusted us. The announcement that originally notified everyone of the “cancellation” of the convention was due to a miscommunication from one of our partner hotels and was in no way supposed to be communicated in that manner. We are deeply sorry that the public did not receive information regarding what was happening with the convention from us first, as we prepared to do so the morning of April 20th.

To help address the specific concerns that have been proposed, we’ve created an FAQ. This tool should help provide more answers and direction as to what happens going forward. We recognize the pain and frustration that has been created due to this situation. We recognize the financial impact this decision has had on our stakeholders and supporters. We know you’re angry and we want to try everything possible to do right by the people that stood by, and continue to stand by us. We share our sincere apologies for our mistakes and how they have affected everyone.

We are still incredibly dedicated to our communities, this space, and hope to come out stronger and wiser than before. We are here for you and we are available to answer any questions you may have that are not listed below at info[at]universalfancon[dot]com.

The page then continues with a FAQ, where they mostly say that they’re looking at refund options for some (without providing concrete details), that hotel room reservations are being cancelled, and that they’re sorry.

Earlier today, the page was updated with the following addendum as well:

UPDATE: April 21st, 2018: We are working diligently to come up with solutions. Of particular concern is how we honor your commitment to us. Therefore, though there have been missteps in communications and errors, we are working to ways to refund the money you have invested in us. We will continue to update on our progress.

Universal FanCon started its life with a Kickstarter project that raised $56,498 on a goal of only $25,000. While no simple reason has been given for the conventions “postponement,” they do mention a financial defecit. Honestly, what it sounds like is that a first year convention’s organizers greatly underestimated the costs of running a large event in a major city. While whatever remained of the $56,498 after Kickstarter took its cut seems like a lot, many of the backer rewards included hotel rooms, so the actual profit was likely far more limited.

In many ways, the people behind the event have my sympathy.

On the other hand, not realizing how deep into the woods you are with only a week remaining before the con is incredibly poor planning. It also makes me skeptical that this “postponement” won’t be anything other than indefinite. If they can’t afford to run the con now, it’s hard to believe they’ll bounce back later.

Maybe they’ll surprise me though — there’s a first time for everything.

Update (4/23): One of the organizers, Thai Pham, has an interesting track record.

It has come to our attention that certain members of the Universal FanCon staff have been identified publically, and accused of wrongdoing. We can certainly understand the collective disappointment and frustration of the community. However, please be aware that Mr. Thai Pham and others who have served as either contractors or volunteer staff bear no responsibility for these unfortunate circumstances, or the postponement of FanCon. We ask for your continued patience as we work towards a resolution.
The FanCon Team

This is a weird post to make, especially considering that both the official convention website and Pham’s LinkedIn page listed him as a “Vice President” at the convention. Pham’s name was one of the first ones listed on the convention’s website prior to it being hastily taken down, and if someone with the title of “Vice President” was just “volunteer staff,” then who the heck could ever be considered “real” staff?

One thought on “Universal FanCon “Postponed” One Week Before Event”