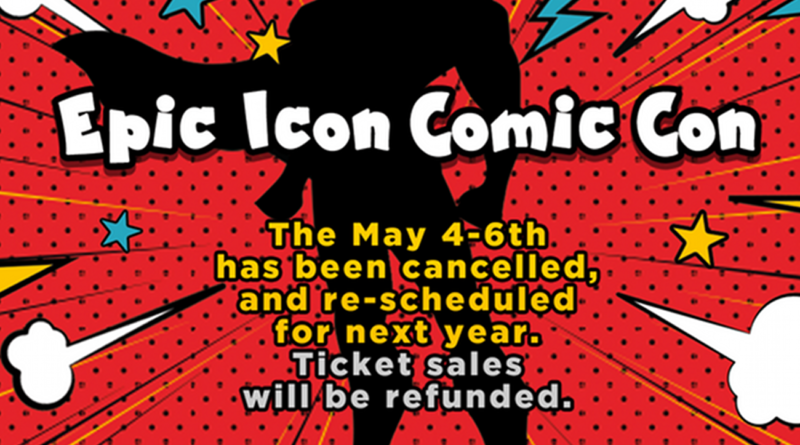 I’m honestly getting tired of writing almost identical stories and headlines, but since it keeps happening, it seems like there’s no end in sight.

Look, I’m going to rant here for a moment, so if you want more details about the Epic Icon Comic Con cancellation, I’m going to point you over to The Beat’s piece on the failure by Heidi MacDonald. I, on the other hand, have a busy week ahead of me and don’t have the time.

This isn’t even the only last minute cancellation in the last thirty days.

Look, if you’re cancelling your show with only a week or two beforehand, you should probably get out of the convention running business. I mean sure, there are exceptions where bizarre events conspire against organizers, but nine times out of ten last minute cancellations are due to money issues.

And these are money issues that organizers should have seen coming.

Running conventions is expensive — and yes, cancelling is often better than running yourself into the ground if you can’t afford it. But one thing I usually tell people (and call it out in my articles on how to start a convention) is that if they can’t afford to lose every penny they put into a convention, they shouldn’t start one. Even if you still go in and risk it, you should know a couple of months beforehand based on admissions pre-sales and social interactions how your numbers are going to be.

And if you cancel several months ahead of time, vendors can find alternate shows, guests can book other appearances, and people can cancel travel plans.

And heck — with enough forewarning there are even people who will be willing to give you another chance if you try to run a con again. Cancelling last minute kills any trust though, and a lot of people end up losing money they can’t recover even if it saves you a buck.

I’m getting tired of these stories.