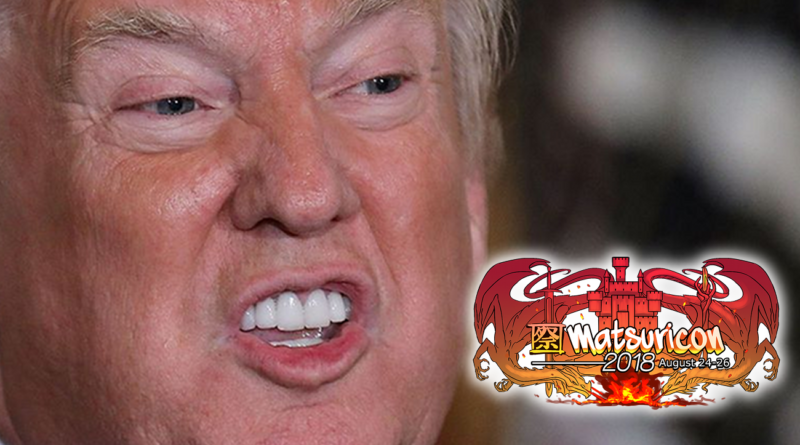 Sharing a venue is always tough for a convention. There are people in the building from outside the con scene, often there’s a risk of non-congoers trying to enter your event, and it just makes life harder for everyone. Well, Columbus, Ohio based Matsuricon may have ended up with the worst building-mate you could imagine…

News of this has been largely making the rounds on social media, but the long and the short of it is that the Ohio Republican Party has announced Trump will be the guest of honor at their state dinner. 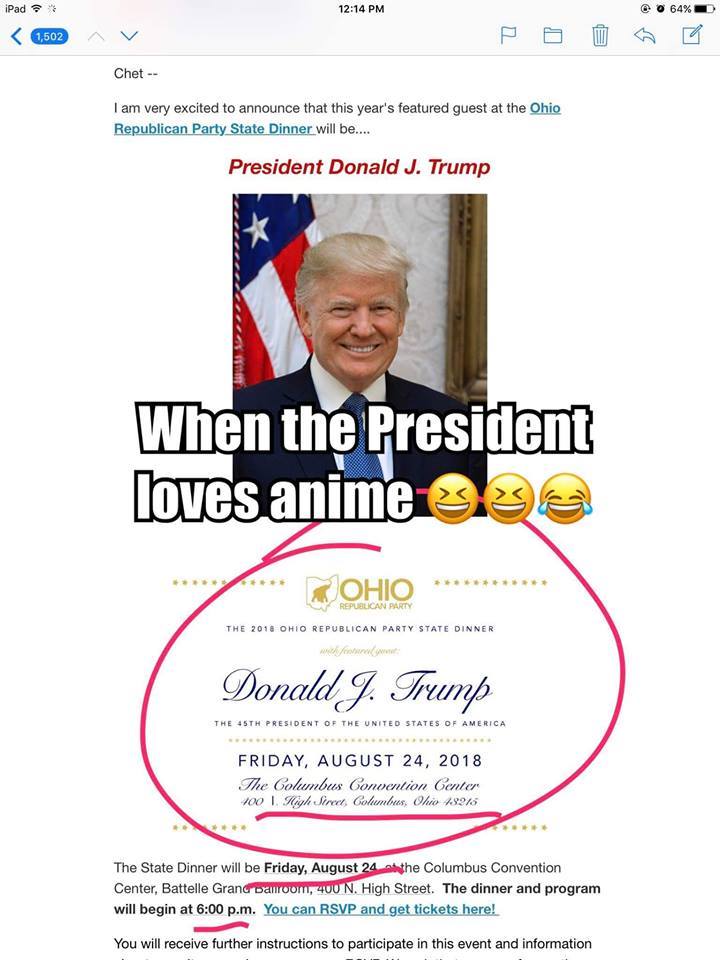 To say this is disappointing news to many congoers is an understatement. Besides the fact that former reality star Trump is a disgusting human being who is a disgrace to the American people, it means security is likely going to be a nightmare for those who just want to enjoy a fun weekend at a convention. We don’t know how this will directly affect the convention, but the Matsuricon staff has stated that they are meeting with the venue to discuss their options.

We are aware of the political event we will be sharing space with next weekend. We will be meeting with the venue to discuss proactive plans and we promise we’ll have details soon. As always, your safety and comfort are our priority and we appreciate your patience.

It’s a crappy situation for everyone involved, and we honest to god wish the organizer’s luck getting everything in order. On the upside, it really sounds like a great opportunity for Handmaid’s Tale cosplay…