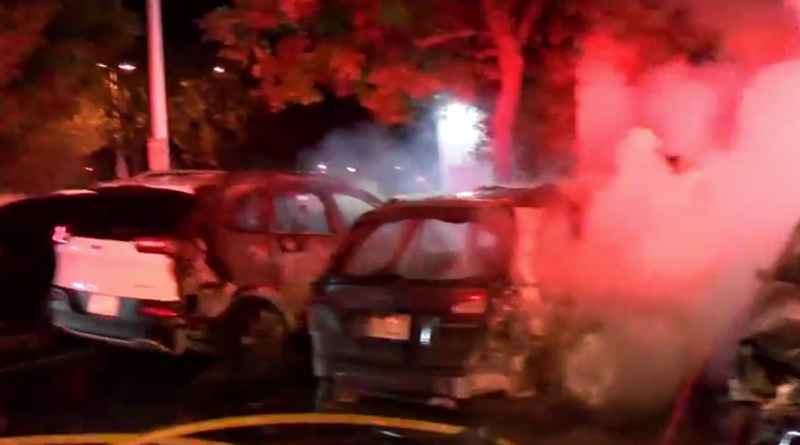 In a shocking turn of events, seven cars were set ablaze at Anime Los Angeles this last weekend. A man allegedly poured cans of gasoline over an cosplayer’s parked car, and then was witnessed lighting the vehicle on fire with a lighter. The fire then spread to adjacent vehicles.

That car belonged to cosplayer Julia Moreno Jenkins, who says her vehicle was “targeted and set on fire by an obsessed stalker”. Once it was in flames, the fire then spread to nearby cars. As a precaution, the hotel was evacuated. […] Jenkins tells Kotaku the suspect—already known to her—has now been arrested after she and her husband were able to identify him on the hotel’s CCTV footage.

For now, a GoFundMe has been started to replace Moreno Jenkins’s car.

The police, investigating the incident, have reportedly arrested Matthew Masumi Toyotome, 27, of Riverside, CA in connection to the fires. When speaking with the Daily bulletin, Lt. William Russell of the Ontario Police Department stated that Toyotone “intentionally lit [Jenkins’s] car on fire.”

Via ABC 7, Kotaku and Daily Bulletin