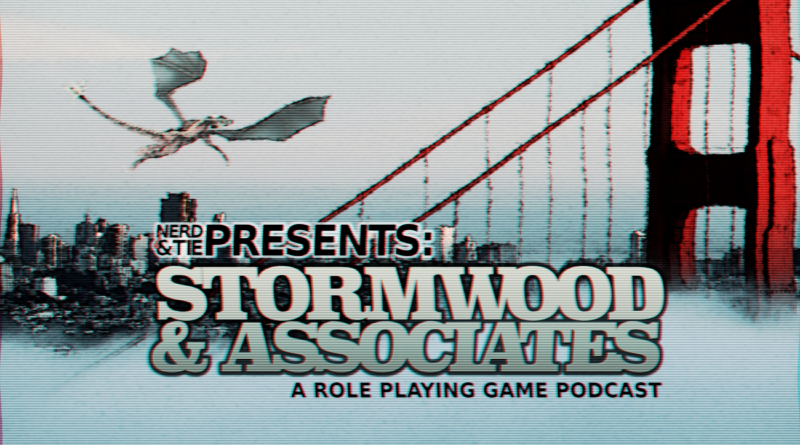 We technically announced this on The Nerd & Tie Podcast, but we thought we should put something about it on the site as well — later this month we are launching our new RPG play podcast: “Stormwood & Associates.”

Stormwood & Associates is set in a world not unlike our own, but also totally different. It’s kind of like Bright, but if someone had spent more than five minutes coming up with the setting. And if it was also a syndicated, mid-2000s science fiction/detective series. Sort of.

Set in San Ricardo, Calisorta, the show follows the titular Stormwood & Associates, a private investigator and licensed magic user agency. And unlike other RPG play podcasts, we’re not going with D&D. No, Stormwood is run on the highly broken (but highly fun) Super Awesome Action Heroes.

The show, of course, features Nick, Gen, and Trae, but they are also joined by newcomer Kyle Johnson as well. The role of GM will switch between the four as well, so there are directions the show can take that no one expects.