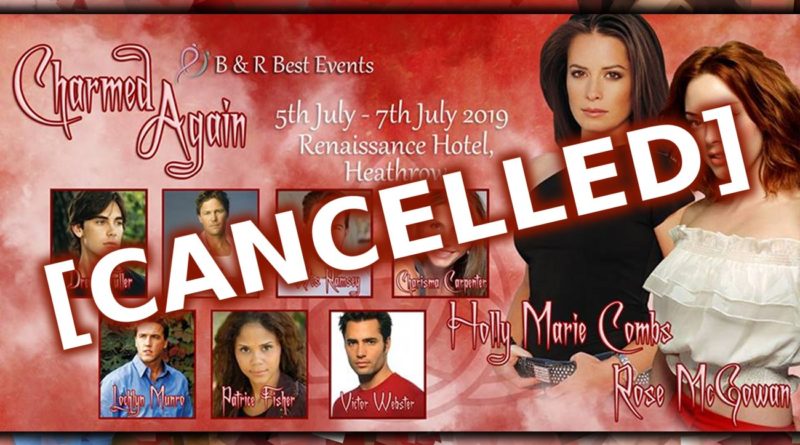 The announcement itself (from what appears the head of Best Events) is fairly brief:

I’m really heartbroken to announce the cancellation of Charmed Again. I’ve really tried everything to make this work but I failed. Even with our very low ticket sales my intention was to make this event possible. As everything was paid already for the event to go ahead I’ll request all the money back to be able to give it back to you. I’m really, really sorry about this all, not sure what can I say at the moment. I made bad decisions, it’s my responsibility but until yesterday evening I strongly believed the event will go ahead and we can make this work for everybody. I’ll make an arrangement with the hotel so you won’t be charged for that. I’m sorry to all the staff and guests i misled, this is on no one but me.

This isn’t necessarily surprising, as Best Events has been fairly open over the last few days about their financial problems leading up to the con. They publicly stated that they had to cancel several guests because they were not able to pay for their appearances. With the cancellation of Rose McGowan due to visa issues, it meant the event had lost half of its guest list as well.

Best Events has stated that they’re attempting to secure refunds for their attendees, but that it may take some time.

Honestly this is a pattern we’ve seen before – a con runner gets in over their heads and can’t afford to do what they promised. The only real difference here is the amount of transparency, and frankly (after having written a bunch of stories like this over the last couple of years) it’s downright refreshing.