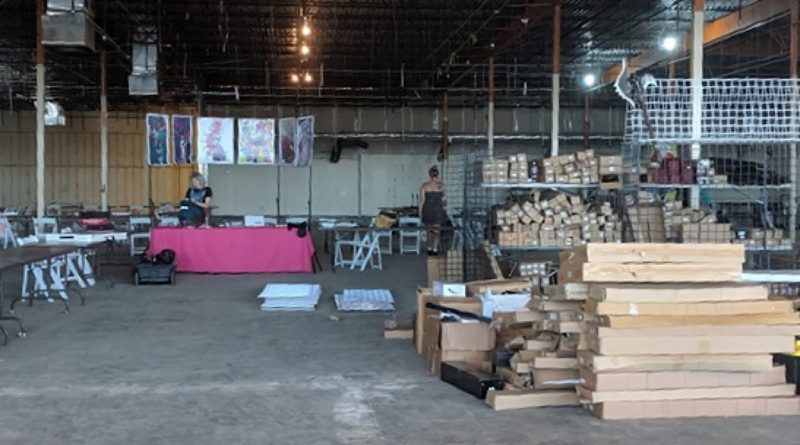 Tulsa, OK based anime convention Tokyo in Tulsa is currently taking place this weekend, and while most people there are probably having a great time, one group of people, the artists and vendors, really aren’t. You see, for the event’s twelfth convention they’ve decided to host their artist alley and vendors in a rather unconventional location: a former Hobby Lobby a nine minute drive away from most of the con.

HEADS UP TO THOSE ATTENDING @tokyointulsa!!! They really haven’t made it very well known but the artist alley this year is going to be in a SEPARATE BUILDING. Please, if you want to support us indie artists, take the time to ride the shuttle or directly drive to the Hobby Lobby pic.twitter.com/5EqGkITmRT

We the con is using school bus to ferry attendees between the vendors and the con proper, this isn’t exactly ideal. I mean, it’s hard to react to this with anything other than bewilderment.

They put the artist alley and vendors a nine minute drive away in a former Hobby Lobby. Just begin to process that.

Please bring your own lighting. pic.twitter.com/VDhxshqYdE

Now to offer a little bit of defense for Tokyo in Tulsa’s organizers, it’s not a situation where the entire con is in one location and just the artists and vendors are located far away. The con is fairly spread out this year, with what appears to be their main programming venues also in various locations — but nothing is quite as far away from the con’s core as their vendor room.

Also, someone made this and added it to the group! Just incase you or any of your followers arent in the group and dont know that EVERYTHING is spread out, the artists are just the farthest away. 😓 pic.twitter.com/Oz2h7ZiEgz

Look, I don’t think there was any ill intent locating the vendors nine minutes by car away, but it certainly doesn’t bode well for the convention’s planning. I mean… someone literally thought this was a good idea. Multiple people likely weighed in on it. More than one person in Tokyo in Tulsa’s organization thought “yeah, people will be totally cool with having the vendor room and artist alley in a concrete floored, exposed drywall former Hobby Lobby.”

And even with the best of intentions, I really just question the competence of any con staff that made this particular call.

This is the cutest Mirai I have ever seen #TokyoInTulsa #tnt pic.twitter.com/Jg1SSWXUWc