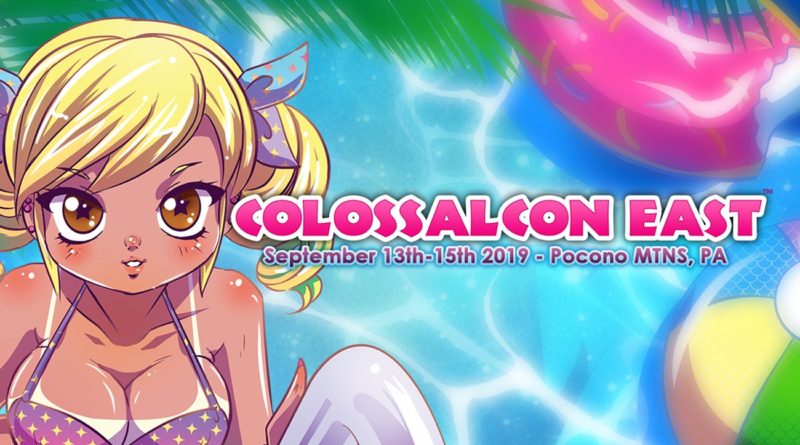 Pennsylvania based ColossalCon East may be coming up in a few weeks, but not everyone is excited. Recently a number of offensive statements made by members of ColossalCon East’s staff, including their cosplay head Chris Gary, surfaced on social media. Many tweets like the one below have been circulating, featuring screenshots of staffer’s saying things that (needless to say) most people wouldn’t want their convention associated with.

@ColossalCon This guy runs your cosplay department and has access to post on your official channels?#Colossalcon pic.twitter.com/rsfGBxwBmq

The convention responded to the outrage by removing Gary from his role, and has now placed someone else in charge of cosplay. This was announced in their Cosplay Facebook Group and the official ColossalCon twitter account.

For anyone who needs to hear this: we love you. Cosplayers of any kind are welcome and loved. Please welcome Miranda as she takes over from Chris, to make a positive Colossalcon.

Here’s the thing though, while removing Gary was a positive step, most people don’t remotely see it as enough. The reason for this is simple: he is far from the only member of ColossalCon East’s staff who has made bizarre, problematic statements publicly. One of those is ColossalCon East convention head Donnell Sinclair.

UPDATE:: Colossalcon has informed everyone via tweet that Chris Gary is no longer cosplay head. Nothing has been said about Donnell (the chair) and James Pyon.

Considering he's the head, I dont even know how that would work. So I wouldn't hold my breath. https://t.co/NhF4dWkGIk

Compiling more as they come in. Here's some more with additional context. Sorry if they're out of order. pic.twitter.com/WDFWd2W5xh

If you love us, why is your staff channel discussing the con chair’s normal strategy of doxxing ppl? And that’s my name on your mouths here. Because I had the nerve to compile the bullshit.

You guys are so fucking fake and dangerous lol.

Get rid of Donnell and we'll see if you mean it 👀💅

That's a foot in the right direction, but what about the con chair? He said some racist stuff. And aparently Chris is still the admin for the group page? You guys have a lot of work to do and actually make the con safe and inclusive for all. Replace the con chair too!

I’ve staffed for #colossalcon and I can say they have no respect for cosplay guests they speak down about them and say no one wants to see them. Most of the staff is immature and toxic and tbh all the allegations are pretty much true. It’s drama and most of them are shit people🤷🏻‍♀️

This is not the first time that ColossalCon has been the center of controversy. Outside of ColossalCon East, its sister con in Ohio raised controversy earlier this year when one of its staff said that panels on diversity would be more appropriate for ‘DashCon.’ Additionally, back in 2017, they filed a trademark complaint against Colossus Con, forcing the other event to change their name.

We reached out to ColossalCon East while writing this story, but they have not yet responded. This article will be updated if they do.

Updated (8/28): While ColossalCon East still has not responded to our request for comment, yesterday afternoon convention head Donnell Sinclair announced his resignation on Twitter.