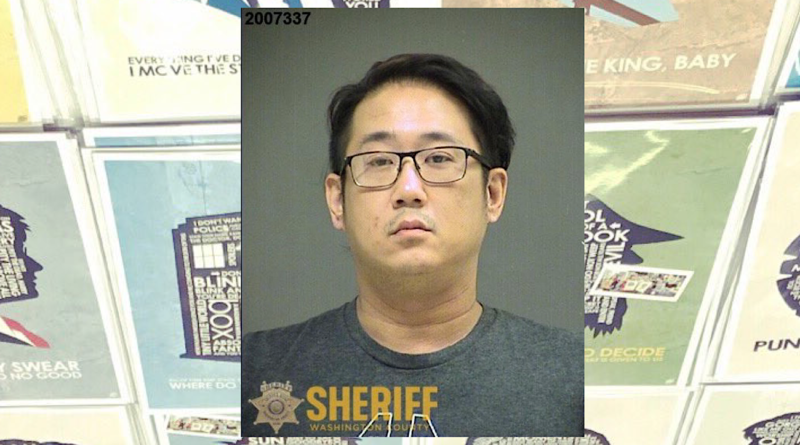 Oregon based artist Stephen Poon, best known in the convention scene for selling at events under the name “OutNerdMe,” has been indicted on child sex abuse charges.

Poon primarily sells word art posters at cons. In 2015 blog GeekDad wrote about his work “The graceful word art is a treasure trove of all the best quotes from your favorite movie or show, artfully arranged.”

This makes me happy. I never want to quit what I'm doing. I have great fans that make this possible for me. pic.twitter.com/ATAKXKFKfZ

According to local news station KPTV:

Stephen Poon has been indicted by a Washington County grand jury on charges of using a child in display of sexually explicit conduct, first-degree encouraging child sexual abuse, second-degree sex abuse, and compelling prostitution of a minor.

According to police, Poon allegedly started a relationship with the 8-year-old victim after meeting the victim at the Portland Saturday Market.

Poon had maintained a booth at the Market for some time, and Police believe there may be other victims.