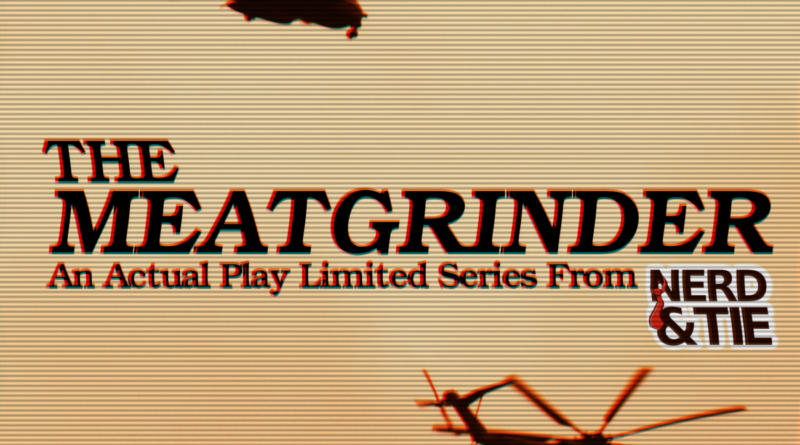 We’re excited to announce a new, nine episode limited series coming to the Nerd & Tie Podcast Network – The Meatgrinder. Set in the same world as Stormwood & Associates — one that’s largely like our own, except humans are joined by elves, dwarves, goblins, orcs, and halflings — and magic is very real.

The setup for the show is pretty simple:

The Meatgrinder is GMed by Trae Dorn and stars Nick Izumi, Gen Prock, Kyle Johnson, Crysta C, and Scott Logan. While the show uses the same “Super Awesome Action Heroes” role playing system as Stormwood & Associates, don’t get too attached to any of these characters. No one is going to last.

Episode one will premiere February 1st, with episode two on February 8th, and episode three on February 15th. After that, the show will update with a new episode releasing on the fifteenth of each month for the rest of the series. While it shares a setting with Stormwood, importantly you do not need to be familiar with that show’s storyline to enjoy The Meatgrinder — though considering four out of six members of the cast are on Stormwood, it’s likely that if you enjoy one you’ll like the other.

The trailer for The Meatgrinder can be found below, and subscription options can be found on the official page for the show.