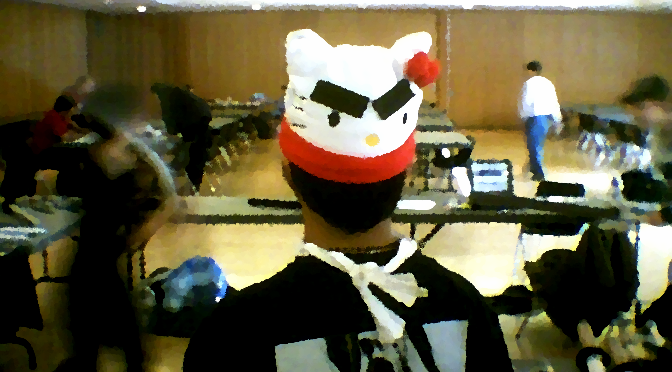 One of the things I’ve been happiest to see over the last half-decade is that the convention scene is finally starting to address the ongoing harassment problems which were traditionally swept under the rug. The community still has a long way to go, but it’s a heck of a lot better than nothing.

I thought I’d take the opportunity to talk about a couple of ongoing situations though, and how they illustrate what’s exactly is happening right now — in 2016.

A few days ago blogger Lauren Faits (aka “Geek Girl Chicago”) wrote about her experiences with Cosplay photographer Ron “Soulcrash” Ladao. She details an incident where, years ago, Ladao burst into a shared hotel room where Faits and other cosplayers (many who were underage) were changing with a camera. It’s been since pointed out that this was also Ladao’s room and that he was only a year older at the time, but that doesn’t make it much better (edited for clarity). It’s frankly pretty gross, but as she feared the consequences of coming forward, Faits remained quiet for years on the matter.

(Update (3/17): Ladao has posted the video from the incident. While it contradicts some details from the version of events currently presented on Geek Girl Chicago’s blog, it’s clear where both Faits and Ladao are coming from in their interpretation of events. We recommend watching the video without annotations, and keep in mind that over a decade has passed and that memory is an imperfect thing. You can find our full thoughts here.)

Well, after seeing that Ladao as the official photographer for Uchicon and We Are Cosplay events, she’s decided to stop keeping her mouth shut. Faits is now refusing to work with any conventions that work with Ladao, and rightfully so. And you know what? Some people are actually listening to her. To the credit of one of Chicago’s best comics events, C2E2 has decided to break off any relationship with Ladao specifically because of this.

(Update (2/12): Ladao has responded to these allegations on his Facebook page)

The creepy photographer seems to be a theme these days, with people like Photographer Eric Pearce approaching cosplayers on Facebook who might be attending Katsucon this weekend in Washington DC.

Now, while Pearce’s requests to take suggestive poses of Cosplayers in a private hotel room will set off most people’s squick alarms, I fear someone may trust him enough. And while I don’t want to accuse Pearce of being anything other than just kinda icky, he does have a reputation for misleading cosplayers about what his photographs will be actually used for.

You know, like selling body pillows with the cosplayers’ images on them.

One of the most common things I hear from the few convention organizers I’ve met who deny these issues is that they say the alleged perpetrator would “never” harass anyone or do anything wrong. Well, while I was writing this very article I found out someone a lot of my friends might have previously vouched for from the con circuit just got picked up in a Pedophilia sting.

(I would point out which guy he is, but c’mon — all of the guys busted in this are pretty gross and should be avoided.)

I don’t know if this “gentleman” ever did anything at a convention, but I know I’ve been to the same events as this guy and (as the arrest indicates) he’s tried gross things outside of cons. Stuff like this is why it’s important to listen to victims though regardless of how well you think you know the people involved.

Because you may not really know the people at all.

We like to pretend conventions are special places; that they’re protected from the outside world. The truth is they aren’t though. The same people out there are in here too, and event staff has to stay vigilant to make them as safe as possible.

It’s getting better, but the work isn’t done.

Frankly, it will probably never be done.