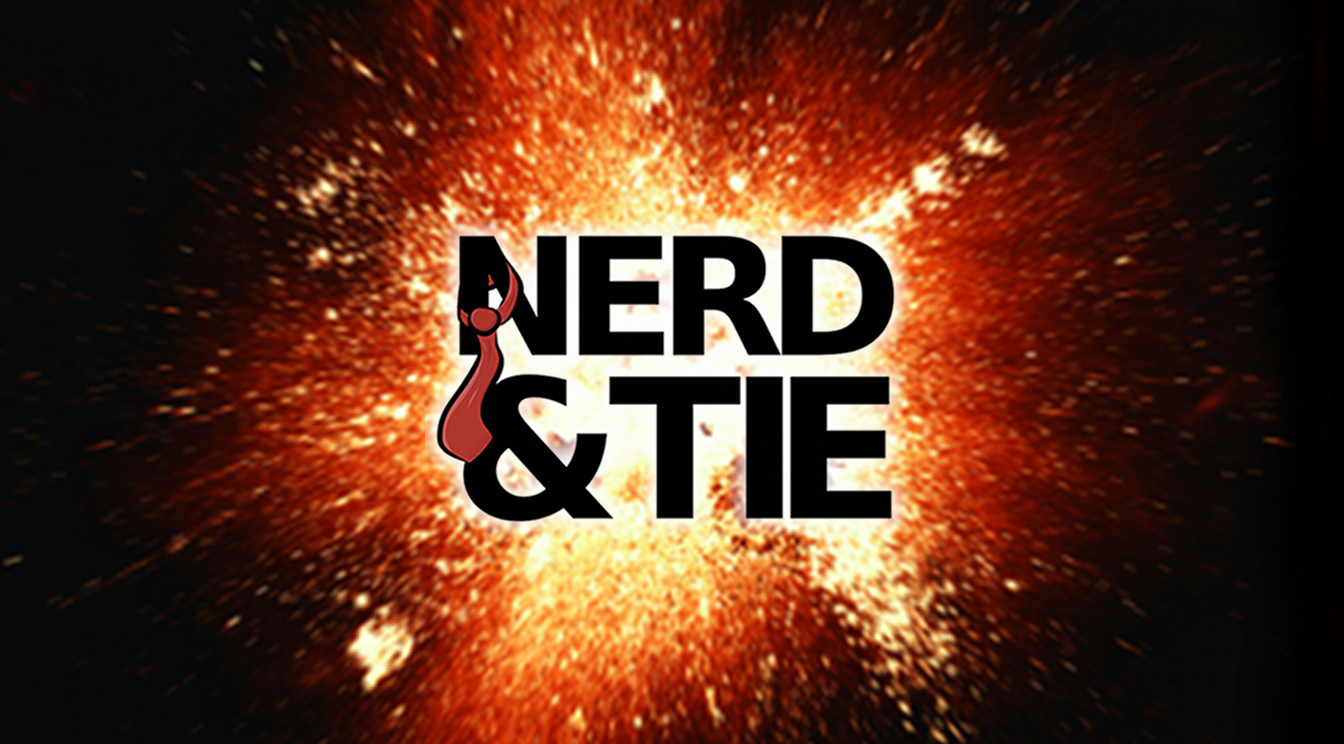 Nerd & Tie is a podcast network and convention news site. We launched our first podcast in August of 2013, and in June of 2014 launched our news department. We currently produce over a half dozen shows on a variety of topics, and continue to be one of the best sources of news in the convention scene.

We’re doing our best to be as awesome as we can.

Nerd & Tie is run off the contributions of a number of people. This is the current list of people producing content for the site.

Q. Where are you guys based?
A. Nerd & Tie is proudly a Wisconsin based podcast network, and come from all corners of the state. For the main Nerd & Tie crew, Trae lives in Eau Claire, Nick is in Janesville, and Gen in Stevens Point.

The Let’s Be Legendary crew is based around the Madison area, and Jodie and Tyler of Cool & Unusual Punishment are in Chippewa Falls. Kyle Johnson, from Stormwood & Associates, is in Appleton, and Famicom Dojo’s Sean Corse is based in Stevens Point.

Oh, and Vinnk is in Japan. Japan is not in Wisconsin.

(Bree NicGarran, host of Hex Positive, is in Virginia too — so this joke doesn’t really work anymore)

Q. I am an individual, and I am interested in supporting Nerd & Tie and/or a Nerd & Tie show. How can I?
A. Individuals interested in helping support our shows should head over to our sponsorship page for more information. Some of our shows can be directly sponsored, while others can be supported through Patreon. We also have a legal fund the GoFundMe for right here.

Q. I represent a business and I am interested in advertising on one of your podcasts. Who should I talk to?
A. Companies interested in sponsoring podcast episodes are welcome to reach out to us at tips@nerdandtie.com or directly to Trae Dorn at trh@trhonline.com. Since Nerd & Tie heavily reports on conventions, as policy we do not accept sponsorships from conventions or convention venues.

All advertising directly on our website is handled by Google Adsense, and we do not run any other advertising on the site. Nerd & Tie does not run sponsored posts, so do not contact us about it.

Q. Will Nerd & Tie come to [INSERT CON NAME]?
A. We might! If the con is in or near Wisconsin there’s a good chance at least one of us is walking around. Outside of that area it’s a bit more rare, but if your event is interested in having Nerd & Tie show up, you should run on over to our Nerd & Tie @ Cons page and reach out to us with the contact information there.

Q. I heard you are being sued?
A. Unfortunately, yes. Convention runner Ryan Kopf, who operates a number of events including Anime-Zap!, AniMinneapolis, Anime Midwest, QC Anime-zing!, Con Alt Delete, Meta Con, Yoi Con, Kanpai!Con, and Liberty City Anime, has been suing Nerd & Tie owner Trae Dorn and former contributor Pher Sturz for the last few years. You can find the full details, including the case filings, over on our GoFundMe.

Q. What equipment do you use?
A. In our years of producing shows, our equipment has evolved and changed tremendously. For any shows with multiple hosts produced by Trae Dorn, they use an M1 Mac Mini (having finally replaced the late-2011 13″ MacBook Pro which was held onto far too long). Skype runs on the Mac, feeding its audio to a Behringer XENYX QX1202USB mixer. The audio is then recorded with a Tascam DR-40. Editing is performed on the Mac as well.

Sean Corse uses a mysterious unlabeled dynamic XLR microphone whose origin is unknown to any living person and frankly we’re all a little bit scared of it.

Q. I heard you guys had a convention?
A. We did! With the help of some of our friends, the Nerd & Tie Expo took place September 23-25, 2016 in Eau Claire, WI. Unfortunately due to a litany of issues (including the venue getting torn down) we didn’t schedule a second one. Will we run another one? We haven’t decided yet.

Q. I have a question you didn’t answer!
A. Then hop on over to the contact page and ask it.