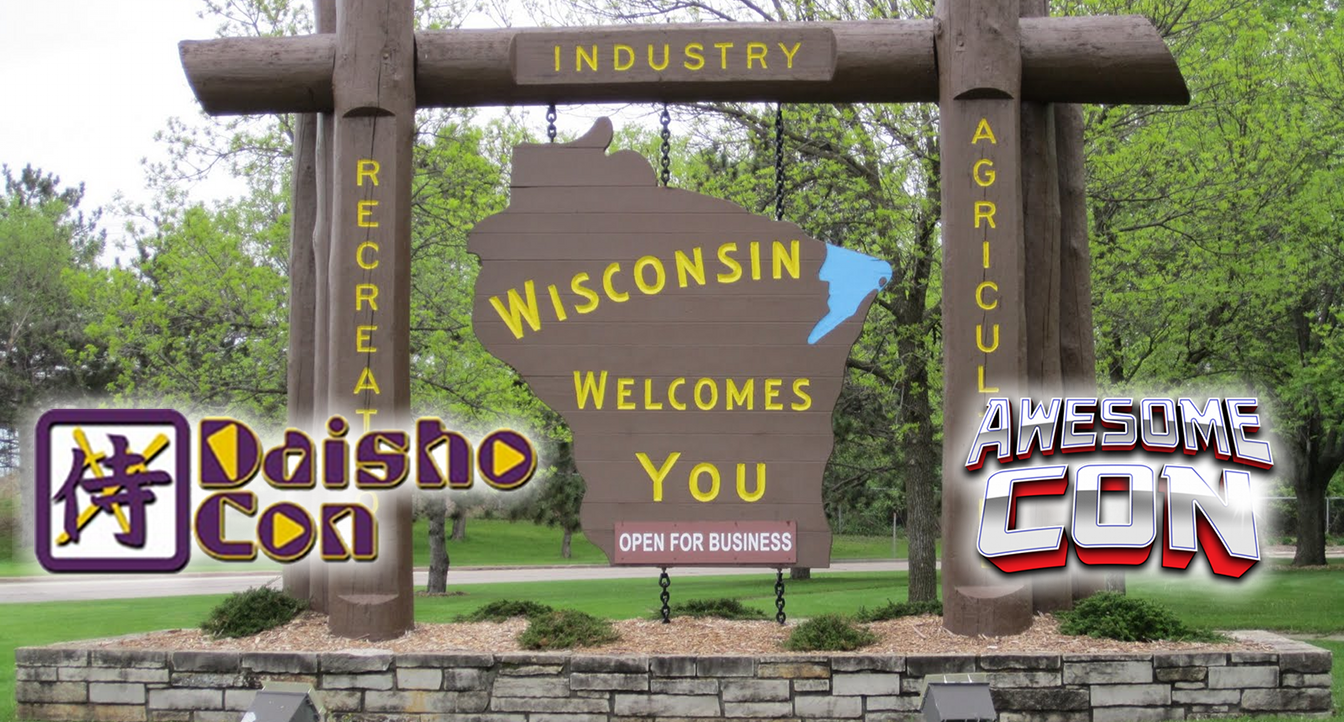 Author’s Note: This is a follow-up investigation to this article, which appeared on Nerd and Tie’s megablog on Friday, July 11th, 2014, written by Trae Dorn

Wisconsin convention culture has been a rather unique rabbit for the past thirteen years. The Wisconsin con scene used to feature a wide variety of sci-fi and gaming conventions such as Gen Con (before moving to Indianapolis), West Con, Mad Media,  First Contact, and others. However, by the end of the 90s, many of them had died off.  When Gen Con moved out of state in 2002, it left a gap that was immediately filled by a new generation of smaller conventions like No Brand Con. In years that followed, multiple not-for-profit cons sprang up across the state, all generally respectful of one another’s featured guests, events, and most importantly, con dates.

The cardinal rule of the con scene in Wisconsin is that under no circumstance do you encroach on another con’s weekend.

I immediately reached out to Jess, the sender of the initial Awesome Con exhibitor e-mail looking for a statement either from her, or from someone who was authorized to speak publicly on Awesome Con’s behalf. Within hours, I received a response from Ben Penrod, the President of Awesome Con Conventions. The statement is as follows:

Pher, thanks for getting in touch. I read the editorial, and while I obviously disagree with a lot of the points, I understand the concern. I’m sorry that we are on the same weekend as Daisho Con. I thought we had researched the dates pretty well, but obviously I missed it. Some conventions aren’t friendly to other conventions, and that’s not us, and I hate for people to have that impression. I love having other conventions involved with our convention. I love sharing advice with other convention organizers. I love going to conventions! We aren’t some huge corporation, we’re just a half dozen nerds who work our asses off to run conventions that can live up to the name of Awesome Con. We started off in Elks Lodges and rec centers, and we bring that same spirit with us to convention centers.

I also want to clear up another thing. We didn’t choose those dates. November 21-23 is the only weekend we could get from the Wisconsin Center. I gave them a range of almost a year and that’s the only weekend we could get. Awesome Con is not the type of convention that fills a lot of hotel rooms, so we have just about zero negotiating power when it comes to the dates that we get. We get what’s left over after the convention center is sure that an industry trade show or some citywide event isn’t going to book a specific date. I know that doesn’t change anything, but choosing those dates wasn’t intentional or malicious. I was really pushing to run the show a little earlier but they didn’t have the space available.

Thanks for contacting us, I really appreciate it.

Immediately, a few things jumped out at me. The first was the comment about researching the dates fairly well before settling on that date. A quick Google search for “Wisconsin Conventions” brings up geekcal.com (which isn’t updated as often) and animecons.com (which is up-to-date at all times), both of which show that Daisho Con is held that weekend in November every year, and has been for all seven years of its existence.

Negotiations with the Wisconsin Center were generally easy. When we searched for dates, we worked with visit Milwaukee whom helped us find good dates around the time we had at UW-MILWAUKEE. They made sure we didn’t conflict with any other event and that we had a date that was conducive for us to grow.

To this writer, it sounds as though the Wisconsin Center straight-up telling a convention “you can’t have other dates, just these” sounds completely contrary to the experience of an already established event. If the Wisconsin Center had been so cooperative with Mr. Wood and the rest of the Anime Milwaukee staff, why would they seem so stubborn towards Awesome Con? Especially when a quick look at Wisconsincenter.org/events brings up a yearly event calendar with weekend dates open all over the place?

Finally, why would a con that is boasting 20,000+ attendees have such a difficult time filling hotel rooms? Where do its congoers stay? With over 15 hotels in the immediate downtown area of Milwaukee, and even more still spread out over the city and its immediate suburbs , one would think that they should have no problem filling hotel rooms for a convention that they claim is going to bring in over 20,000 attendees.

“It is always exciting to hear about another convention coming to Wisconsin. While some may view the choice of weekends as negative, I’m not worried about it. We will continue to do what we do every year, which is building on the foundation Daisho Con has already established. Our attendees know that we put everything we have into putting on a great weekend for them in November. This year will be the best yet!”

While it’s not a statement from the convention as a whole, it would be fair to assume that the rest of the upper management of Daisho Con carries the same confidence, and it’s easy to see why. Daisho Con has existed for seven years and has been the second-fastest growing convention in the state behind Anime Milwaukee.

As for the public’s response to the arrival of Awesome Con on the weekend of Daisho Con, one can imagine the opinions and attitudes are fairly stacked against Awesome Con. General opinion seems to be one of support for Daisho Con, and a slight anger at Awesome Con. Awesome Con has yet to release an public statement on their website, though they seem to be active deleting negative comments from their Facebook page from those who say they’re going to Daisho Con instead. From tumblr user mrcapito:

I posted on Awesome Con Milwaukee’s wall that I would attend their event if only it wasn’t in the same month as Daisho Con.
They deleted my post.
They also deleted some other posts that said basically the same thing.
I imagine they would have saved themselves a little effort if they just checked what other events were going on that same weekend in November.

It’s confusing that a convention that had supposedly done research on their dates before not-really-being-allowed to select them would be taking the ‘if we can’t see the negative feedback, we’re not getting negative feedback” route. However, if a con as big as Awesome Con wants to use that philosophy for their PR, then it’s their own prerogative to do so.

With all the information gathered, I can safely assume that Awesome Con was not intending to be malicious in any way. Mr. Penrod was correct in that regards. The staff of Awesome Con, like any other convention staff, works hard to put on an event that thousands of people enjoy attending. This much is true, and it would be wrong to make the assumption that Awesome Con is a soulless event. It just isn’t. However, what can be deduced from this is that Awesome Con unfortunately has the attitude of that of a convention that is located in a major east coast hub. An attitude which may have hindered its research and planning, be it through thinking it can have its own way when it comes to securing dates and locations or through not really being concerned about what’s going on around it. Because hey, its a big and successful convention from out east.

It’s safe to say that planning and research could have done much better. Within minutes, I was able to find every convention date in Wisconsin and every single event that was going to be held and every weekend that was open at the Wisconsin Center. I was able to find every single hotel in the Downtown Milwaukee area. It wasn’t difficult, so for Awesome Con to be saying that they didn’t do enough research, to me that sounds like they’re saying they did almost no research whatsoever. The culture aspect is a little bit harder to research. I can see how Awesome Con perhaps would not have anticipated this response, as it’s next to impossible to research thoroughly something as complex and unique as regional con culture.

It’s difficult to say how this will play out this November. It’s certainly not going to hurt Daisho Con’s numbers, as I don’t see a single person that’s been to Daisho Con or is considering going to Daisho Con simply changing their minds and heading to Milwaukee that weekend. It just isn’t going to happen. I also have a hard time believing that Awesome Con is going to bring in over 20,000 attendees for their first weekend. If they do, I can guarantee most of those 20,000 will be either Milwaukee residents or out-of-state visitors.

Most importantly, I hope after all this is done, the local con scene and large-scale cons such as Awesome Con can work together and usher in an even more fun and enjoyable state-wide convention scene.

4 thoughts on “Awesome Con or Daisho Con?: A Follow-Up Investigation”