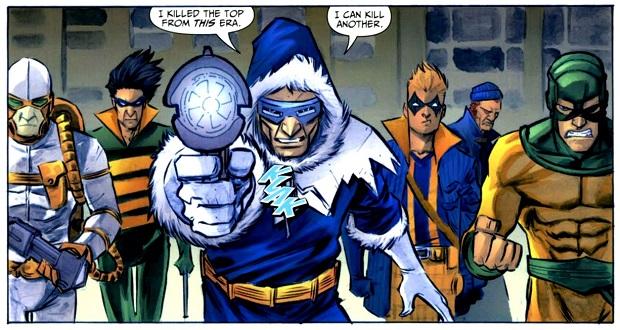 The CW announced yesterday that it has cast Prison Break star Wentworth Miller as Flash villain Captain Cold in its upcoming TV series The Flash, starring Grant Gustin as Not-Wally-West. Miller will be donning the iconic parka in episode four of the series which is set to debut this fall.

This means that we have at least two members of the Flash’s Rogue Gallery, arguably one of the greatest villain groups in comic books, making their way to television. In the first full-length trailer, the CW pretty much confirmed that we would be seeing Weather Wizard in at least the first episode, if not as part of the over-arching story arc of season one. With the addition of Weather Wizard and Captain Cold, it’s only a matter of time before we see some of the other members of the Rogues, like Heat Wave, Mirror Master, and the Trickster.

And, because I’m helpful,  I’ve given the CW a list of possible actors that could play Captain Boomerang.