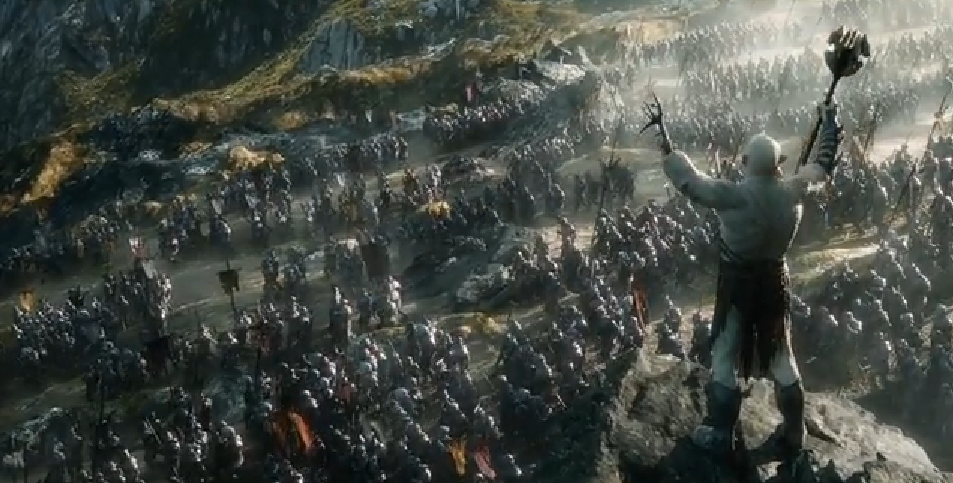 Did you think we were going to forget about the trailer for the final installment in Peter Jackson’s The Hobbit films? Well we didn’t!

The trailer, oddly enough, features “The Edge of Night” — which you’ll remember is sung by Billy Boyd’s character Pippin in “Return of the King” (Boyd wrote the melody, the lyrics come from Tolkien). Since I doubt a likely-unborn-yet Pippin is going to show up at the Battle of the Five Armies, my money is on Jackson picking it for the trailer because of its haunting melody.

And boy does it work.