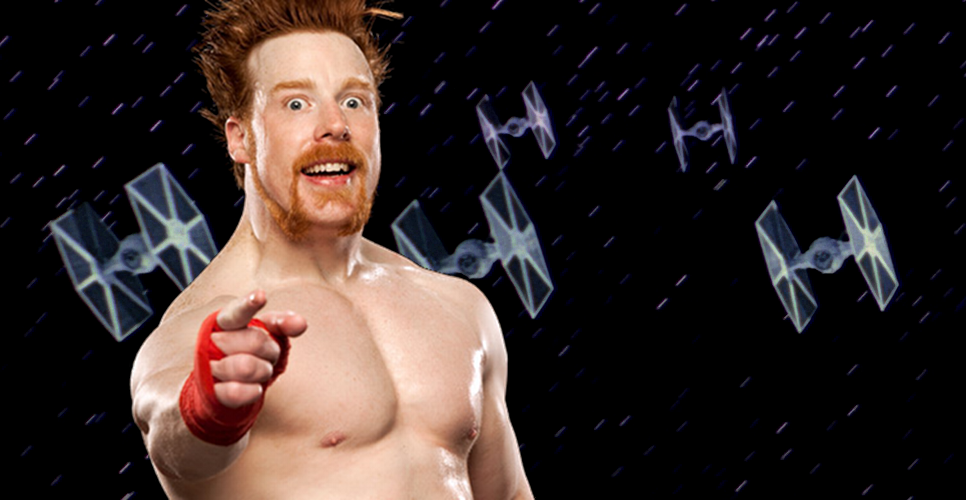 Now that Steven Moffat’s involvement in Star Wars has been thoroughly debunked, I hoped that we were due for a new crazy-ass, untrue rumor to start floating around about the Star Wars sequels.

And my wishes have been granted.

Apparently, the newspaper Irish Mirror is reporting that WWE wrestler ‘Sheamus’ (real name Stephen Farrelly) has been cast in Episode VII as Darth Vader. Their reasoning? Sheamus has played Vader in promotions and he happens to be in Ireland (where Star Wars is filming).

Nevermind that Vader is dead, and the Special Editions revamped Anakin Skywalker’s force ghost… doesn’t really look like a wrestler. Or that ‘Sheamus’ actually is Irish and might have other reasons to go to Ireland.

We expect this to get debunked pretty quickly, but hey — enjoy the stupid while you can.