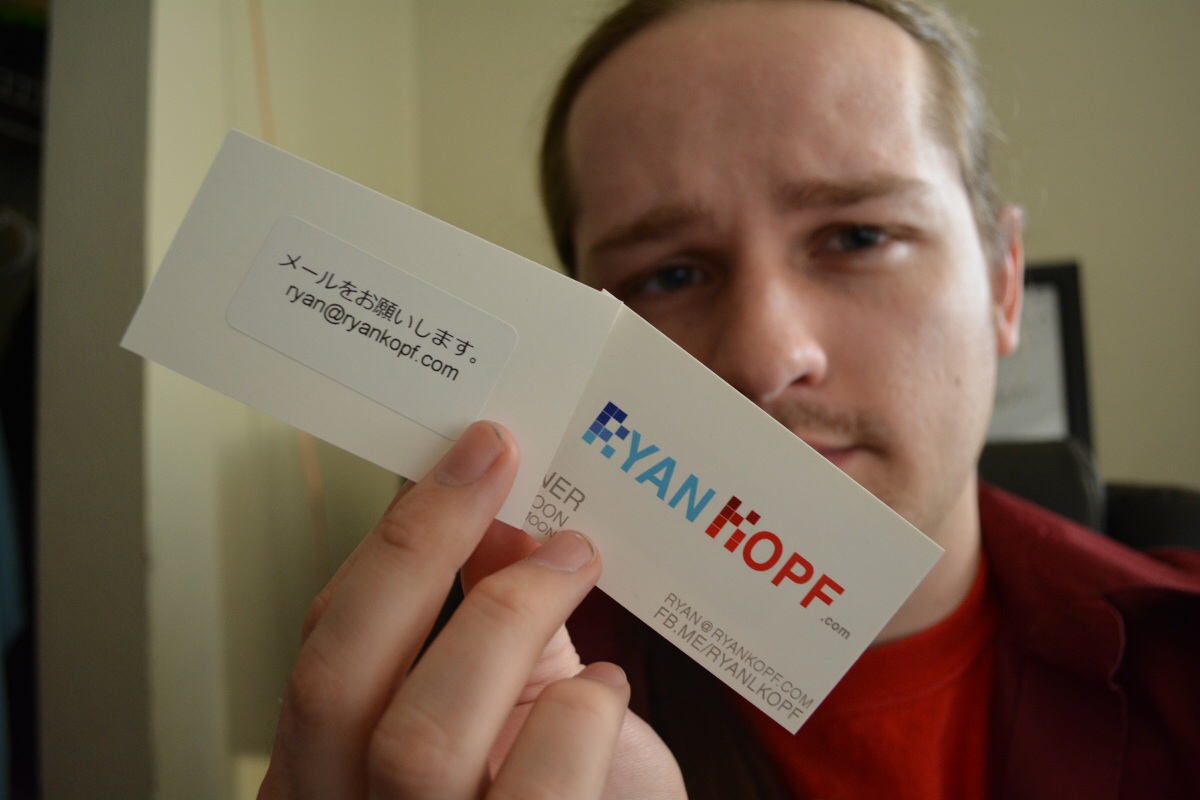 Update: Since posting this article, Chrono L.C. has registered with the State of Minnesota and the State of Illinois (not directly linkable – but easily found). The original article appears as follows.

I figured I’d be done with it under 300 words, and likely never think of it again.

But as I took my stroll through Google searches and public records, things started to feel off. Something wasn’t quite right, and I couldn’t put my finger on it. — so I kept digging even after I found the answer.

And what I found blew me away.

But let’s not get ahead of ourselves. This all began with discovering Ryan Kopf’s involvement with Black Materia Inc through domain whois information. Ryan normally runs events doing business as AnimeCon.org. AnimeCon.org is a name that Ryan Kopf’s LLC “Chrono LC” operates under (as even Ryan Kopf realizes Chrono LC is a dumb name). As Black Materia Inc has, well, “inc” in the name, I suspected it wasn’t also an alias for Chrono LC.

And I was right.

After a few quick searches, I found that Black Materia Inc is incorporated in the state of Tennessee (the state where Anime Kaiju is being run). It has an “office” in Sweetwater, TN (where mail is supposed to go to “RON”), and after a quick search I found it was the same address as “The Country Bear’s Diner” via a single Tripadvisor review. 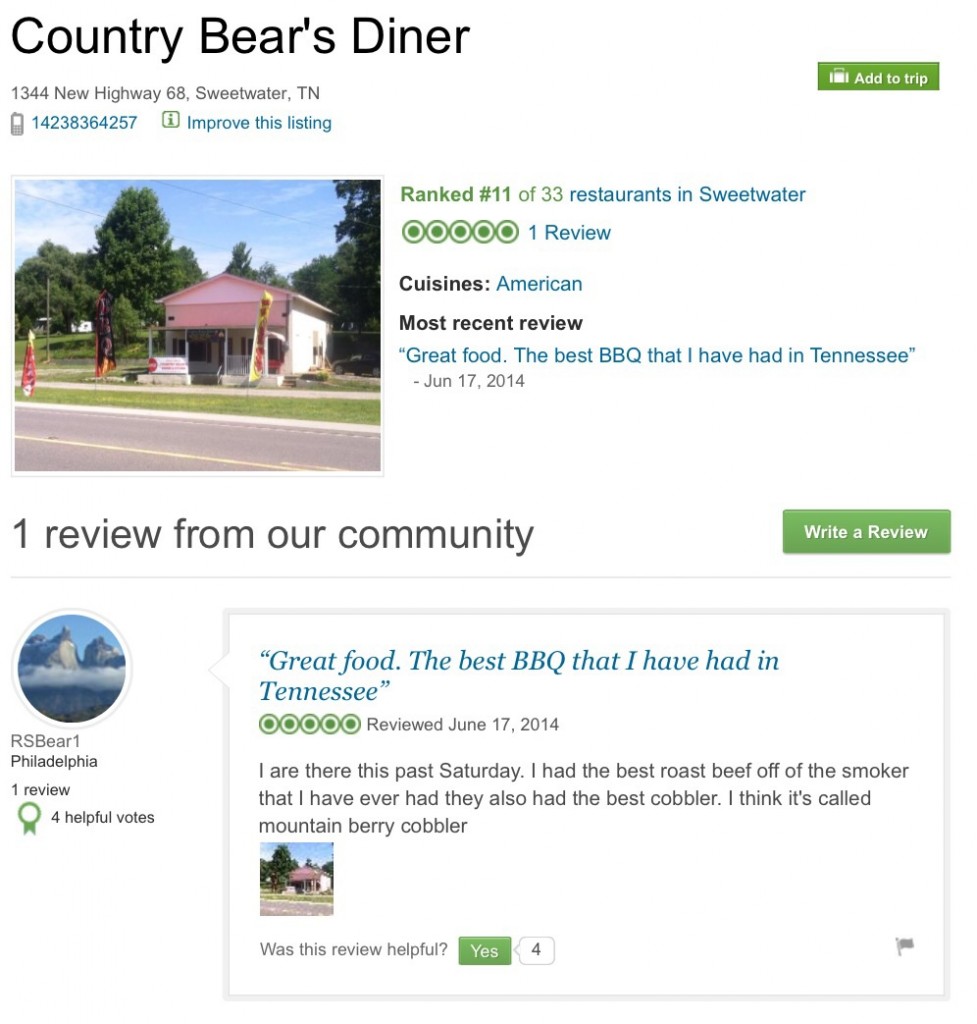 Obviously, whoever owned this diner was either involved or related to whoever was involved with Ryan Kopf’s new venture.

I did a quick search for the phone number listed on the Tripadvisor page, and found it was the cell phone of one Shadowwalker Bear. I figured, dollars to doughnuts, that Ryan’s business partner was going to be named “Ron Bear” — so with a couple of searches, I found a LinkedIn profile for a Ron Bear… who was quite obviously Shadowwalker Bear based off the personal history. 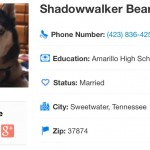 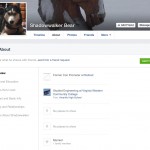 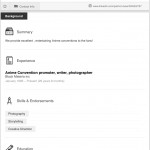 This, of course, shouldn’t be a shock as a contributer to Ryan Kopf’s UpcomingCons.com is one “RS Bear.”

(You may also notice the Tripadvisor review is by a “RSBear1” — in all likelyhood, Ron Bear reviewed his own family’s restaurant. What an honest guy.)

So there we go, Black Materia Inc is a business venture between Ryan Kopf and Ron Shadowwalker Bear. Mystery solved.

But… there was something else.

Now, what some of you might not know is that when you have a corporation, you actually need to file a few things when you do business in a state other than the one you’re incorporated in. Most importantly, you need to register as a “foreign” corporation with the other state to do business there. It’s actually not that hard, you just file some paperwork, pay a few fees, and bob’s your uncle. This is important for a few reasons: firstly so you can get protection in that state’s court system, and secondly so you can pay any required sales tax obligations in that state.

(Fun fact: If you live in State A, and make money in State B, you have to pay income taxes in both state B and state A on that income)

If you don’t register with the state, you are breaking the law.

Now when I was tracking down Black Materia Inc’s registration information, I just went down the list of the three states we know they’re running events in: Virginia (Star City Anime), Georgia (Taiga Con) and Tennessee (Anime Kaiju). I searched both Virginia and Georgia before I looked at Tennessee though – and it dawned on me that I should have found Black Materia Inc’s registration as a foreign entity in those other two states.

Now, as their Virginia and Georgia events haven’t taken place yet, I realized it was entirely possible that Black Materia Inc fully intends on getting its ducks in a row before it runs its events. But what occurred to me next was that Ryan Kopf has been running Iowa based Chrono LC events in Illinois and Minnesota for years.

…and I wondered if Chrono LC had ever been registered as a foreign entity in those states.

So I pulled up the Illinois and Minnesota websites and began to hunt for any variation of Kopf’s corporate names I could think of. From partial keyword searches, punctuation changes, aliases — I looked for anything and everything.

And I found absolutely nothing.

As far as I can tell, Ryan Kopf has never registered Chrono LC with either the state of Illinois or the state of Minnesota (if it were, I should have found something like this). I don’t know who is signing the contracts with the hotels his cons are held at, but at the very least Chrono LC is operating events in two states right now where it does not appear that they have the legal right to do so.

I honestly question how any required state sales and/or entertainment taxes are being paid, if at all.

Edit: Based off the responses I’ve seen on Facebook, I think some people are missing the point – regardless of any tax obligation, an out of state corporation or LLC is required to register in any state they wish to do business. If an out of state business has not registered with the state, they are not in compliance with the law. Chrono LC (an Iowa LLC) does not appear to be registered in Minnesota or Illinois, so by running events and doing business in those states (again, regardless of the tax obligations) Chrono LC is violating state laws. 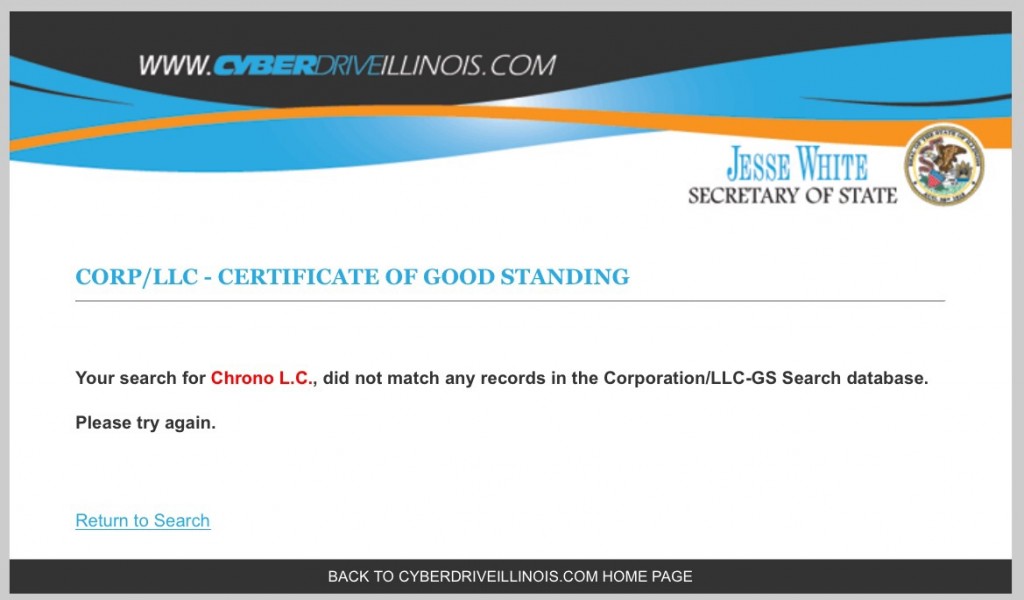 That’s really the meat of the situation, but there’s a small little confusing coda to all of this. Something I found on both the Illinois based Anime Midwest and Minnesota based Animinneapolis sites was that they say they are run by a company located at “1210 N Orange Ave, Chicago, IL 60634” (or 1201 in Animinneapolis’s case). In fact, it’s on AnimeCon.org too, strangely enough — which is super weird, as that particular brand is literally a registered name for Chrono LC. 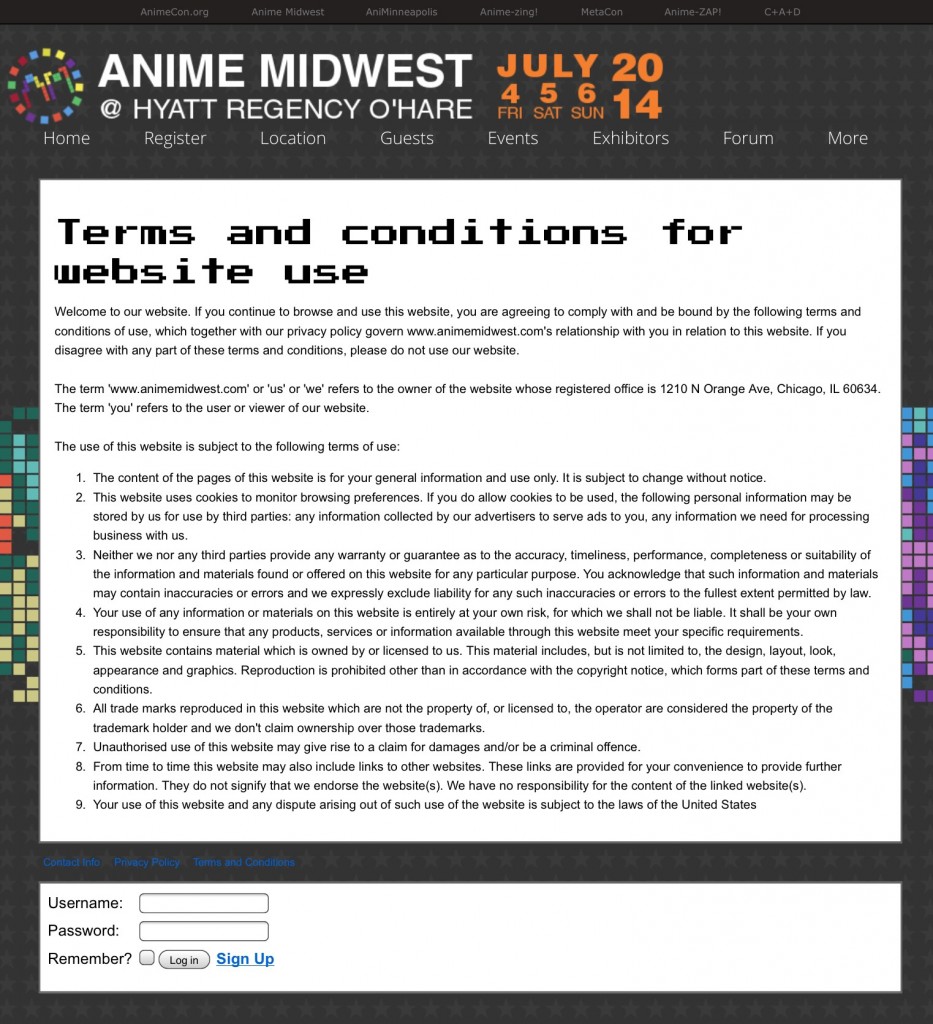 Searching for that address, the only thing you’ll find is Ryan Kopf’s “cosplaystore.co” website. I originally tried to find out whose address that is but kept failing. I went so far to try to pull up property records… only to be told it was an invalid address.

So I finally got around to doing the easy thing, and checked Google Maps. What I discovered shocked me, as it was evidence of an exceptionally weird thing for even Ryan “I made up a fake staffer named Molly Blue” Kopf to do.

In fact, there is no 1200 block of Orange Ave. It only goes down to the 3200s before it changes into 79th Ave. There isn’t a 1200 block of 79th Ave either, as it ends well beforehand in a T intersection. This address does not exist in any adjoining suburb, and is completely made up as far as I can see.

Seriously, what the hell?

It’s almost as if Ryan Kopf is trying to hide something, and I have absolutely no idea what that is.

17 thoughts on “Do Some of Ryan Kopf’s Conventions Break the Law? Quite Possibly”