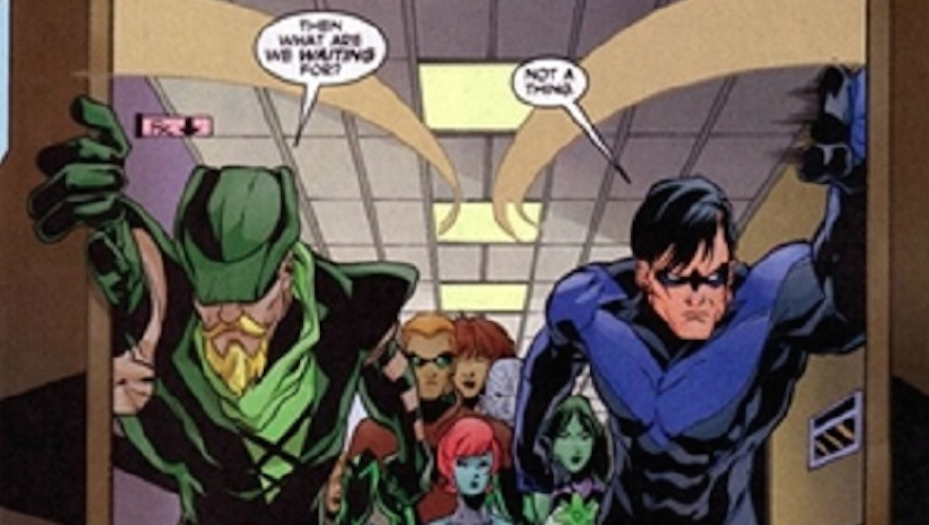 With Gotham, Arrow, and Flash on this season (and a Supergirl and Teen Titans series in development), DC Comics properties are down right littering the television landscape. Of these properties, right now only Arrow and Flash share a continuity. And while Fox’s Gotham and CBS’s Supergirl will likely always remain independent, there’s actually a chance TNT’s forthcoming Teen Titan series will end up in the Arrowverse.

I’m as shocked as you are.

While talking with Adweek, CW President Mark Pedowitz hinted at the possibility, and I hope that this ends up happening. It would, of course, require the cooperation of TNT – but both series are produced by Warner Bros. television… so it’s not that crazy of an idea.

Mostly I just want this so I don’t have to pay attention to twenty different versions of the same villains. Which with the Arrow/Gotham overlap is likely to already happen.