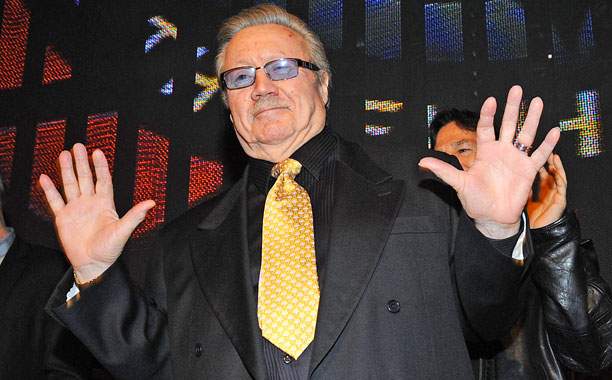 Yesterday sadly marked the end of the life of Glen A. Larson, a man who produced and wrote some of the biggest shows of the 70s and 80s,  not the least of which being Knight Rider and the original Battlestar Galactica.  At 77, Larson was finally forced to succumb  to esophageal cancer.

Larson certainly had a HUGE resume. He was key in creating several other genre shows, such as Buck Rogers in the 25th Century and Manimal, along with other classics like Magnum PI.

Its hard not to respect the man. Even though I’m not a fan of the original Galactica, I can’t help but feel some admiration for a guy who created the original version of a series who’s remake we here at N&T love.

Rest in Peace Mr. Larson, you really did entertain a lot of people.