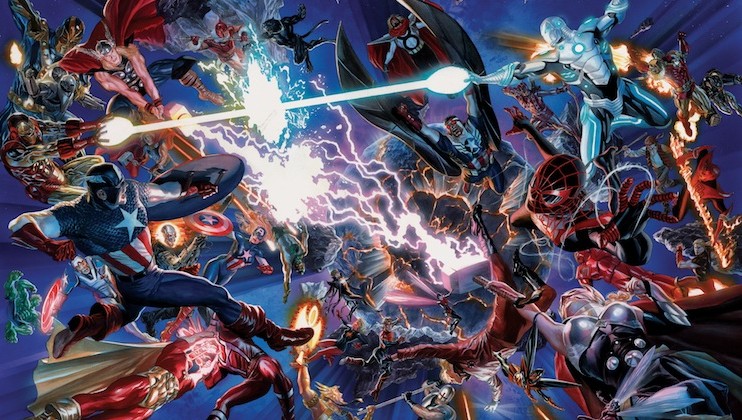 So Marvel revealed that in it’s upcoming “Secret Wars” event (not to be confused with the previous “Secret Wars” event from decades past) we’ll see the Marvel Universe collide with Marvel’s Ultimate Universe. The two will collapse into “Battleworld” — which is about as dumb a name as I can think of, but that’s not really the point.

While some have declared it a reboot, Marvel does maintain that the classic 616 history will still have happened. They aren’t erasing history — just creating something new.

The question really is, when this even is over, will the universes return to the status quo or will they be permanently be changed? Years ago, Marvel reset the X-men franchise in its “Age of Apocalypse” storyline — but that “new reality” got set back to normal (which everyone knew it would, since only the X-Books got changed). It’s entirely possible Marvel could go this route — where we have a lot of hype, but everything goes back to normal.

Or we could see the Marvel equivalent to DC’s New 52. Which would be awful.

Likely we’ll arrive somewhere in the middle, but I’m not super excited. I’m all about gradual, character driven change – not cataclysmic universal upheaval…

…but that’s just me.