Big Fish Casting is apparently spamming the internet right now in search of applicants for Syfy’s next big reality show: a “real-life version of ‘The Big Bang Theory’!”

They’re looking for people in their 20s to early 30s who work or live together and… well… in the geek culture. Of course, the very fact that they’re directly making comparisons to The Big Bang Theory, a show most of us in the Nerd community find kind of tone-deaf and offensive set off the biggest red flag in my mind. The casting notice (which I’ve included below) also talks about conventions and cosplay, which immediately makes me thing of Heroes of Cosplay.

And it’s rather clear what we think about that particular program.

Anyway, if you feel like subjecting yourself to the whims of reality show editors, and dragging a disrupting film crew to your next convention (ruining everyone’s day), here’s the information: 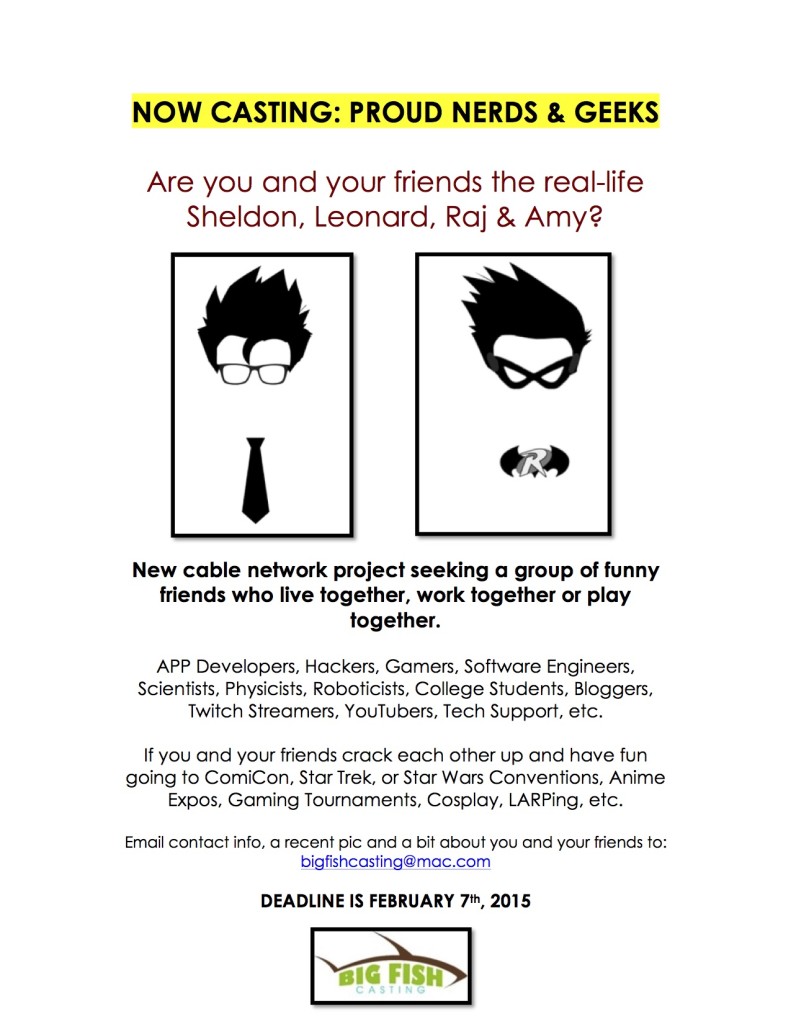