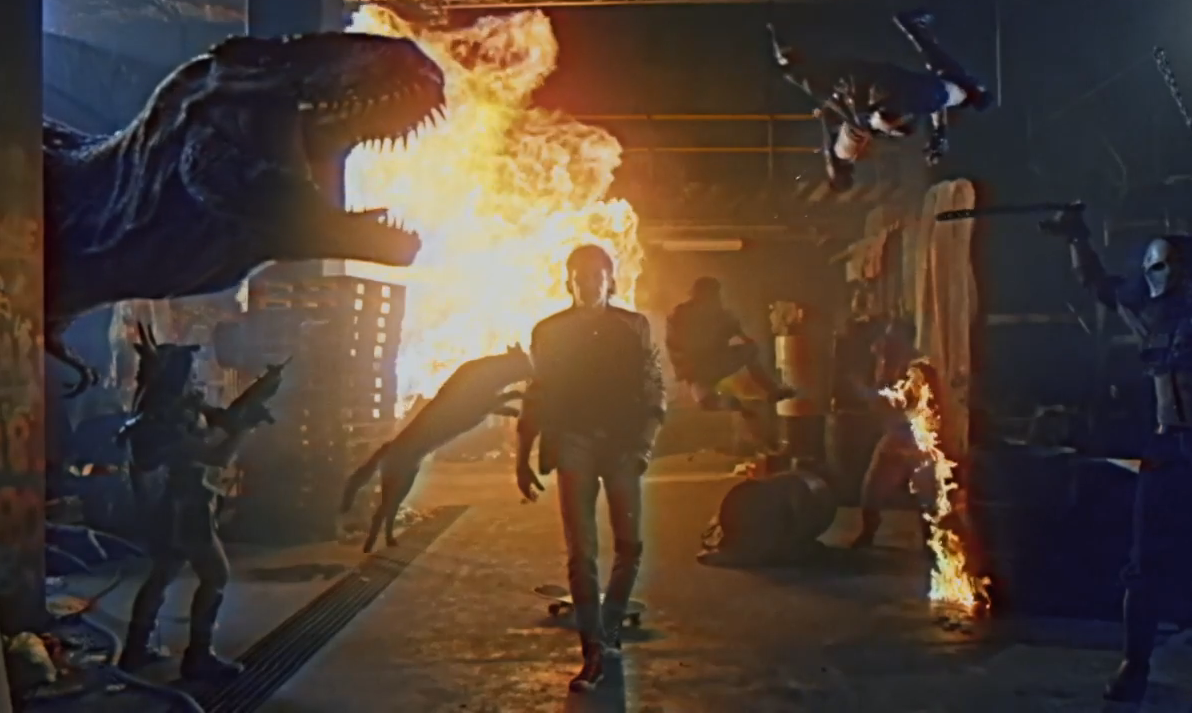 Kung Fury is one of those things which can only exist because the universe saw fit to birth something truly awesome. Financed by a massively successful Kickstarter, this 80s action film inspired, over the top, half hour long mega-fest of greatness won’t come out until May 28th – but that doesn’t mean you can’t get a taste of it now (I mean beyond the original trailer).

This week they released the music video for the movie’s theme, called “True Survivor” – and, amazingly, they got David Hasselhoff to sing it.

And then made a music video for it.

Because of course they did. That what you do when you’re making a film like this and three times your budget is raised. I’ve embedded the video below, and you should watch it. Because of explosions. And Dinosaurs. And Justice.