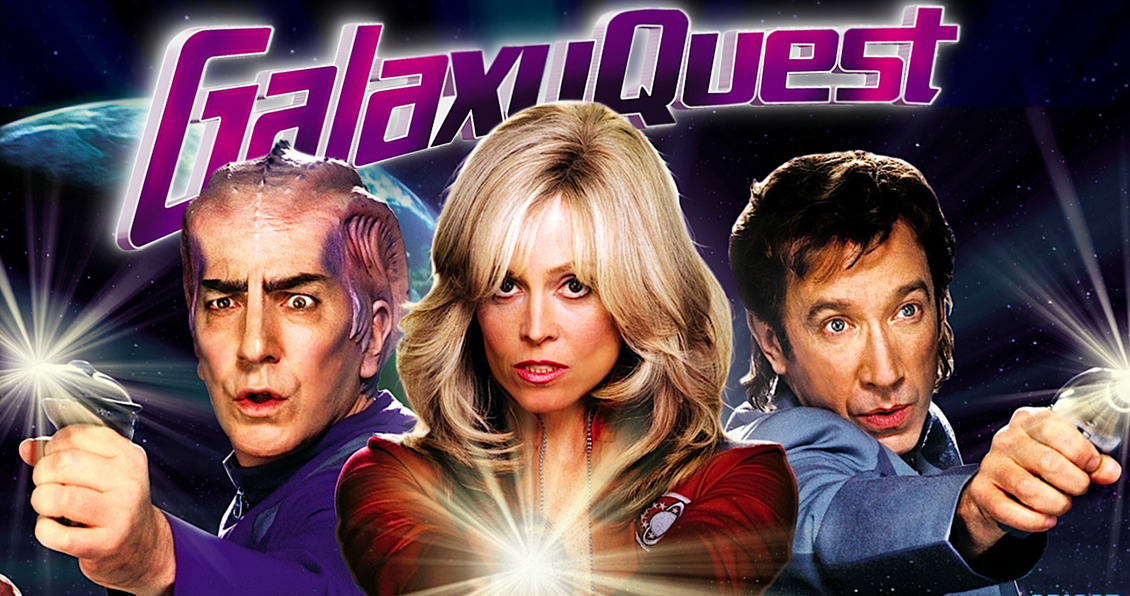 Galaxy Quest screenwriter Robert Gordon is expected to write the adaptation, and original director Dean Parisot and producer Mark Johnson are on board as well. No word on the original cast being involved, but Tim Allen and Daryl Mitchell are really the only affordable actors in that film for a TV budget… and they both have shows right now.

I’m not sure if I think this is a great idea. Galaxy Quest is kind of a perfect film, and any sort of continuation is going to seem tacked on. I don’t think it’ll hurt the legacy of the film, but I don’t see the brilliant meta-commentary holding up week to week.

All of this is early stages of course, and the show may never make it to air. I mean, it could actually be good. I love Galaxy Quest and there are much worse properties to turn into a TV series. I mean, they could be trying to adapt Uncle Buck for TV a second time or something…

…oh wait, they are? Well, that settles it – there is no god.