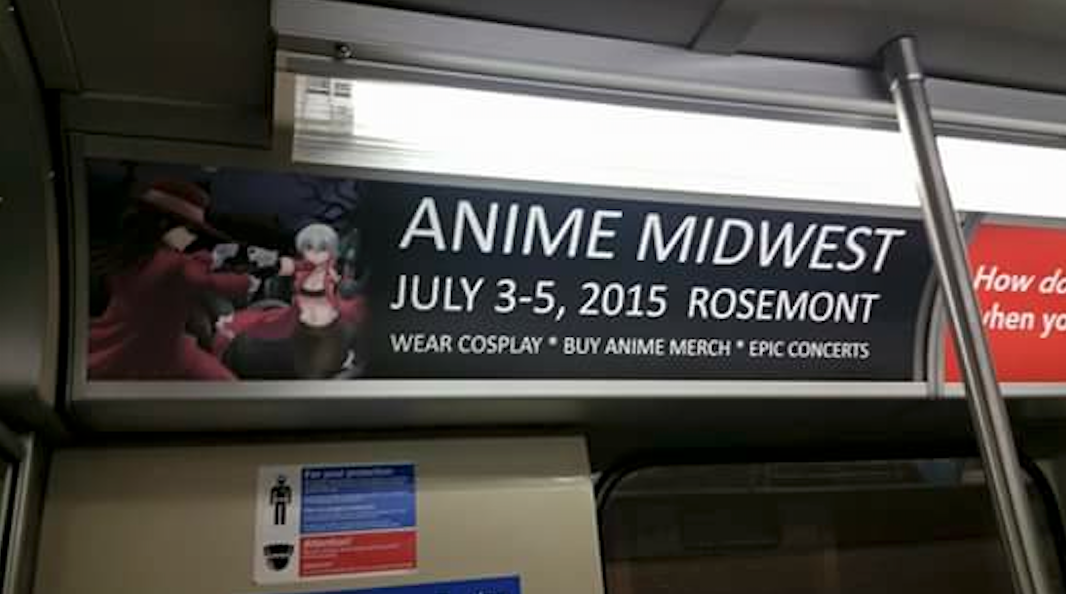 Anime Central, one of the oldest Anime cons in the midwest, concluded Sunday afternoon. While the exhibit hall had a fairly long row devoted to other conventions, there was one conspicuously absent: Anime Midwest.

According to people I spoke with, the reasons were quite simple: Ryan Kopf and his company AnimeCon.org/Chrono LC are banned from Anime Central.

I don’t actually know why he’s banned, but I can hazard a guess or two just based off his past professional and personal indiscretions.

Of course, getting banned would never stop Ryan from trying to promote at the biggest Anime con in the region – so in lieu of a table (which other conventions get provided for free by the way), Ryan decided to plaster the area with advertisements, which included a massive digital billboard on the neighboring “Fashion Outlets of Chicago” and at least one bus stop ad next to the event. According to the Digital Billboard, AnimeCon.org had even set up in the Fashion Outlets of Chicago to accept preregistrations. According to several people I talked with, this is the second year he’s done this.

And honestly? This all has me shaking my head.

While it’s true being excluded from the biggest show in the area is a serious hit for Kopf, the amount of expense spent on this campaign surely can’t net enough preregistrations to justify the costs involved. A targeted online campaign would probably produce similar results with a far smaller financial burden.

But hey, if the guy wants to burn his money, I say we let him.