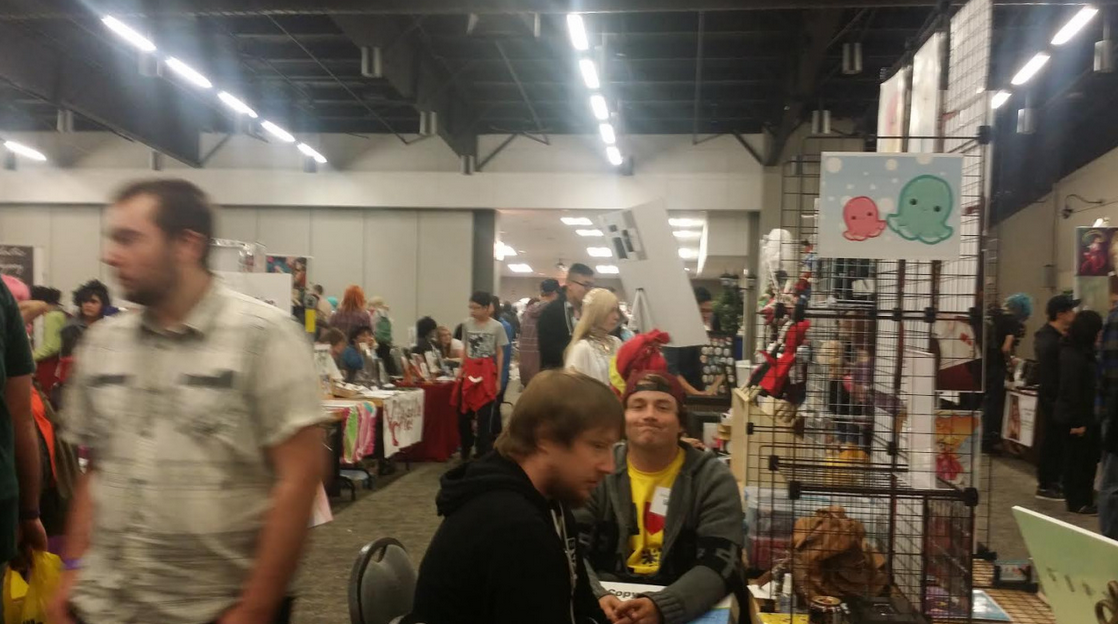 Have you ever asked yourself “How can I screw up an artist alley as much as possible?” I mean not just make an unpleasant experience, but actually run an Artist Alley in a way where you actually try to do everything wrong? Well, I think the staff at Saskatoon Blitz in Saskatoon, Saskatchewan must have, because they’ve gotten pretty close.

Well not as much as Aki Con did a few years back, but if our only standard was “don’t endanger people’s lives” it would be kind of sad.

The artist Lyeric was at Saskatoon Blitz and has written about her pretty terrible experience on Tumblr. Despite registering early (and the con having a policy stating that they wouldn’t change the layout of the artist alley), Lyeric arrived at the con to find her table given away to someone else.

After securing a replacement spot, things didn’t get better. The alley was bizarrely set up in a “classroom style” layout. If you don’t know what that means, it’s because most conventions aren’t insane enough to use it. It’s a layout where all the tables face the same direction, so the backs of one row are open to the front of the row behind them. You can see this in the photo at the top of this article.

If you’re saying to yourself “Wow, that means that artists don’t have a secure area behind their table to put their cash box and personal possessions!” then you’re right — they don’t! This is literally the worst way to set up any sort of vendor area.

Stuff actually gets worse from here. The convention kept providing conflicting times as to when the Artist Alley was going to close. Every time someone would ask, a different time was given. On the second day of the con, Lyeric found her table given away to another artist and had to be given a different one by the staff.

And it just gets worse from there.

Again, you can read her full account here. While Lyeric’s interactions with the staff may not have been the most polite, it’s hard to blame her for being confrontational. Even if she responded poorly, it doesn’t excuse the laundry list of bizarre and incompetent behavior from Saskatoon Blitz’s staff.

Update: Some rather disurbing behind the scenes posts from Saskatoon Blitz staff have come to light regarding this situation: 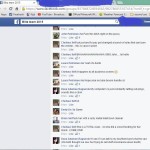 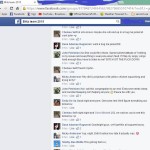 Update 2: While the staff has not responded to our request for comment, they have issued a statement via Facebook: 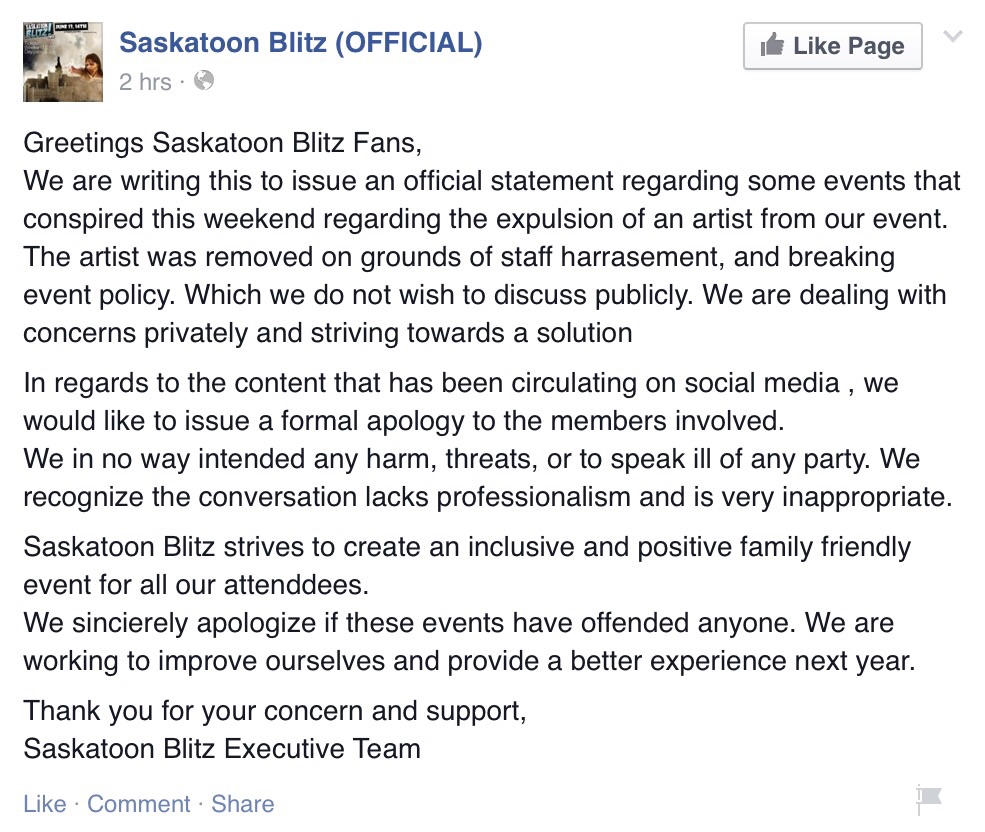 It doesn’t really address the biggest issues brought up by Lyeric’s post, nor the bizarre, creepy behind the scenes revealed from their own discussion. 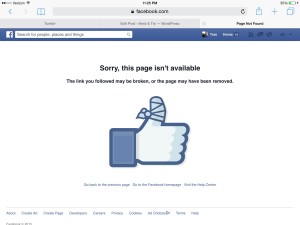 This is a highly puzzling move to say the least. The official statement posted to Facebook from the con has also been posted to their official website.

Update 4 (6/17 7:25am): Another artist has come forward with a similar story to Lyeric’s about her treatment at the hands of Saskatoon Blitz’s staff.

Update 5 (6/17 10:12am): We reached out a second time to Saskatoon Blitz (to also ask about the disappearance of their Facebook page) and we finally received the following response:

Please see official release online.
Facebook page has been temporarily disabled due to harassment and threats to volunteer staff (including repeat linking to personal information).

We are preparing a number of accurate witness statements of the days events.

It is very unfortunate that the unlawful entry, and harassment of convention staff that caused an artist to be expelled has caused such a storm of defamation.

This is literally a case of a disgruntled patron who was escorted off premises and has taken an inaccurate telling to the Web.

We are choosing to not engage at this point.

This is… a very confusing response to say the least. While we can’t know exactly what was exchanged between Lyeric and the convention staff, we do know that the layout issues and cases of Artists tables being given away have been corroborated by other artists. The “unlawful entry” bit is confusing because even if there was a badge issue regarding her table helper, Lyeric had a badge (and was listed on their website as a confirmed artist).

Of course, we do want to reiterate that no one should ever threaten any staff member of Saskatoon Blitz — but even if this has occurred, surely removing the Facebook page (which doesn’t reveal the names of the people posting on behalf of the con) doesn’t do anything but move the conversation to venues the con can’t control?

Update 6 (6/18 9:45am): We’ve tried to push for further comment from Saskatoon Blitz staff, but have had little results. After the earlier email from Laura Petrishen-Ha, we responded with:

Regardless of why Lyeric was escorted off the premises, you’ve yet to comment on why some artists found their tables given away upon arrival?

And why was there so much miscommunication around the hours of the Artist Alley?

The response we got was a single line:

No tables were given away

Now, while it’s true that Lyeric was provided a table eventually, it doesn’t change the fact that twice she found another artist in a table that was supposed to be hers. I’m not sure if Petrishen-Ha is purposefully misinterpreting my question or denying Lyeric’s version of events. We sent another email yesterday morning asking for clarification, but have yet to receive a response.

You will also note she ignored the latter question regarding miscommunication.

Over on Tumblr, another artist has made a short post confirming Lyeric’s version of events. Additionally, a Saskatoon Blitz volunteer (who can be seen making a rude comment in the earlier staff group screenshots) has posted a very heartfelt apology for their remarks (although this is not a person who made any of the sexually suggestive comments), but also mentions that they are no longer with Saskatoon Blitz staff — meaning we have yet to hear anything addressing that situation beyond their prior official statement.

At the risk of editorializing even more than I have already, I’m just really confused as to why Saskatoon Blitz just hasn’t apologized. Like here have been repeated opportunities to stop this train – beginning at the convention itself.

I mean, seriously – a post just saying “We f***ed up, sorry. We hope you can forgive us,” would go a really long way in this community and pretty much put the whole damned thing to bed.

Or at least it would have, if they hadn’t decided to drag this situation out.