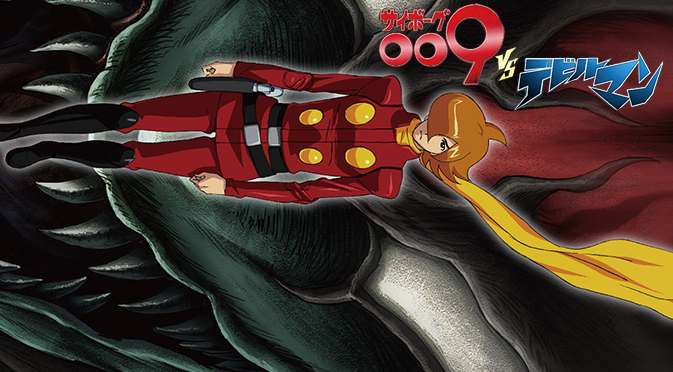 While American fans gear up for Cap fighting Iron-man (and the N&T crew dreads Batman v. Superman), Japan has its own Iconic character throw-down movie in the works!

Initially announced as two separate movies, Shotaro Ishinomori’s classic super-team from Cyborg 009 are going up against Go Nagai’s demonic anti-hero Devilman. Why? Because “AWESOME!” that’s why.

While this is a pretty weird battle, but it sorta makes sense. Young Go Nagai was one of Ishinomori’s assistants on the 009 manga, so I guess the pupil is now the master. Also its being directed by Jun Kagagoe who’s no new-comer to the 00 Cyborgs or Go Nagai’s insanity, so this should be fun. Check out the trailer if you don’t believe me.