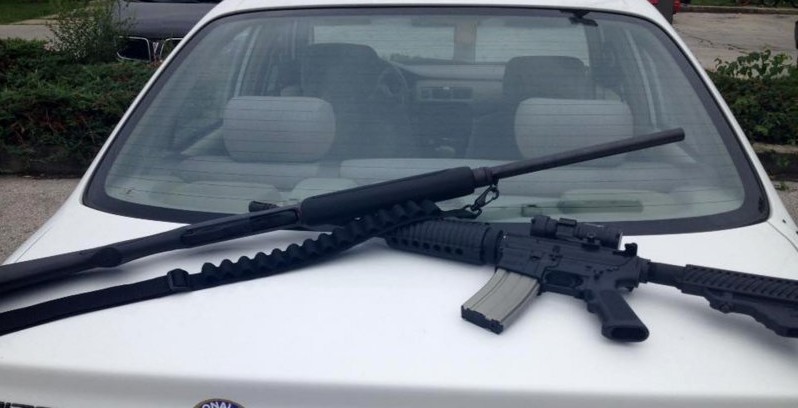 This last weekend, a potential horror was narrowly averted as Police arrested James Austin Stumbo and Kevin Norton at the Pokemon World Championship in Boston, MA. The pair had driven to the event from Iowa with a 12-gauge shotgun, an AR-15, and 250 rounds of ammunition for the two weapons.

The two had made specific threats about shooting other participants in a private Facebook group, which led the moderator (who thankfully took them seriously) to reach out to the event’s security and warn them.

And thank god the moderator did.

Event security contacted the Boston Police Department, and the police then arrested the pair when they arrived at the convention. When questioned, the pair claimed that comments like “Oh, ok, that’s fine then I will just shoot him on Friday thanks,” and “My AR-15 says you lose,” were taken out of context and that they were kidding… but c’mon.

You don’t haul 250 pounds of ammo and an AR-15 across the country without the intent to use it.

It’s a terrifying story, and in truth we all just got lucky this time around. It’s easy to forget that geek events take place in the real world, but they do. Mass shootings are an ongoing issue in the United States, and no matter what your stance is on gun control, it’s hard to not admit that this is the only country it happens in.

Via The Daily Beast