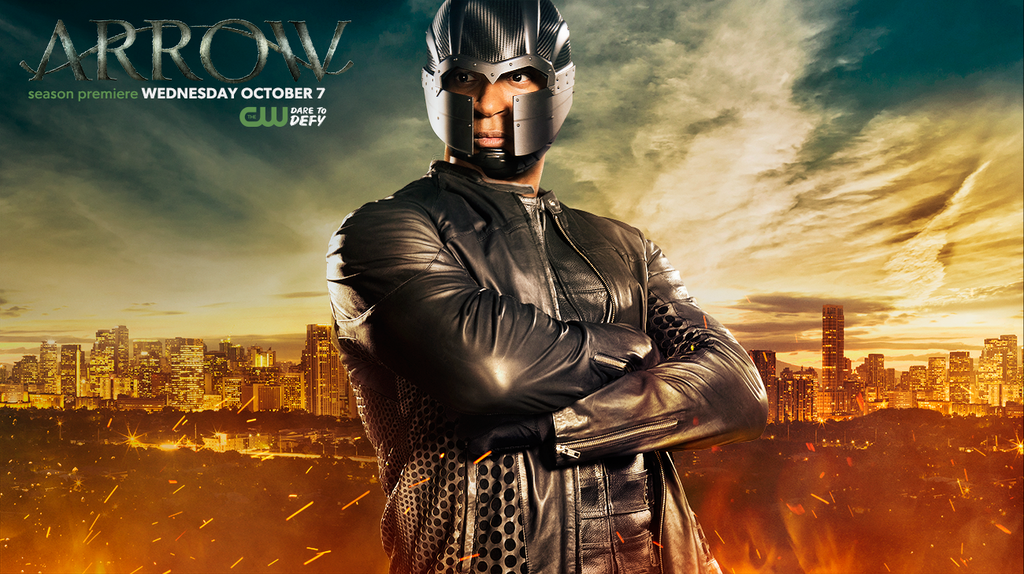 David Ramsey’s John Diggle has been fighting alongside Oliver Queen on Arrow for several seasons, but he’s done so in his civies. He’s pretty much been constantly risking exposing his identity any time he goes out there, so it’s about time he got his own cool superhero suit.

Well, he’s getting this instead:

Check out Diggle's new suit in action Wednesday, October 7 on the season premiere of #Arrow! pic.twitter.com/X2kK91hpKs

Okay, so it’s actually not terrible (although it’s a bit Magneto-ish), and like The Flash’s costume will hopefully look better in motion… but man… that’s a thing.

One thought on “Diggle is Finally Getting a Costume on Arrow”