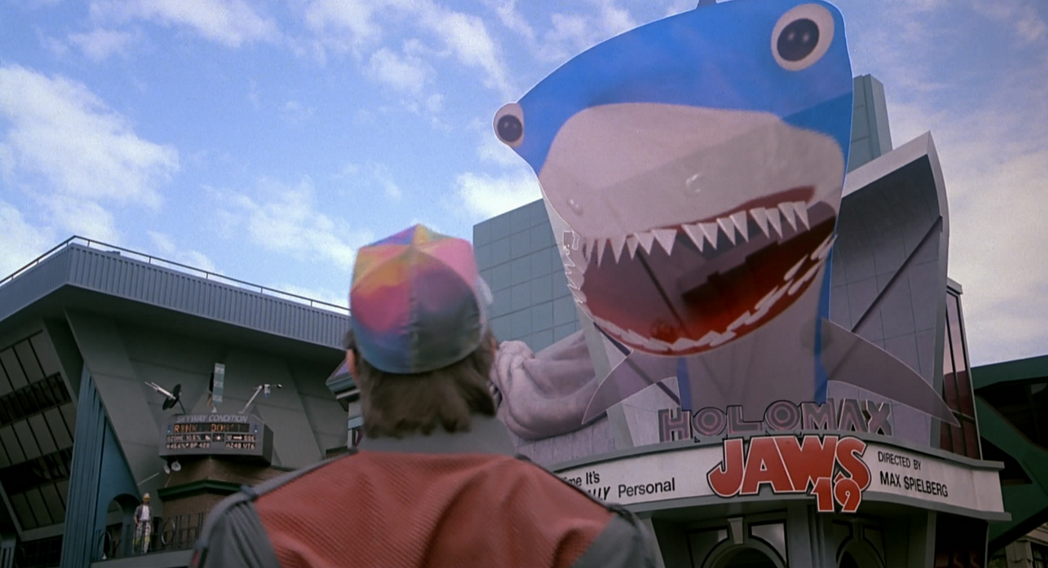 Back to the Future 2 mania continues, as we approach the “future” date of October 21, 2015. I mean, it’s the perfect blend of nostalgia and timing, so who can blame them?

First up, Pepsi is going to release a limited edition “Pepsi Perfect” bottle. It’ll just be regular Pepsi in the bottle (and it’ll cost $20.15 a pop), but hey — you weren’t buying this thing to drink it, were you? The release is limited to 6,500 bottles, and will go on sale on (you guessed it) the 21st. Also,1,500 will be given away to anyone cosplaying Marty McFly at New York Comic Con.

Here’s the ad they put out:

Speaking of ads, one of the more amusing commentaries on sequels in Hollywood was the “Jaws 19” marquee in Back to the Future 2. Sadly, we stopped making actual films in the Jaws franchise years ago, but that didn’t stop Universal from putting out a “Jaws 19” teaser trailer:

As the month continues, we should expect to see more and more of this sort of thing…

The Back to the Future trilogy comes out on Bluray October 21st.

Via The Verge, IGN