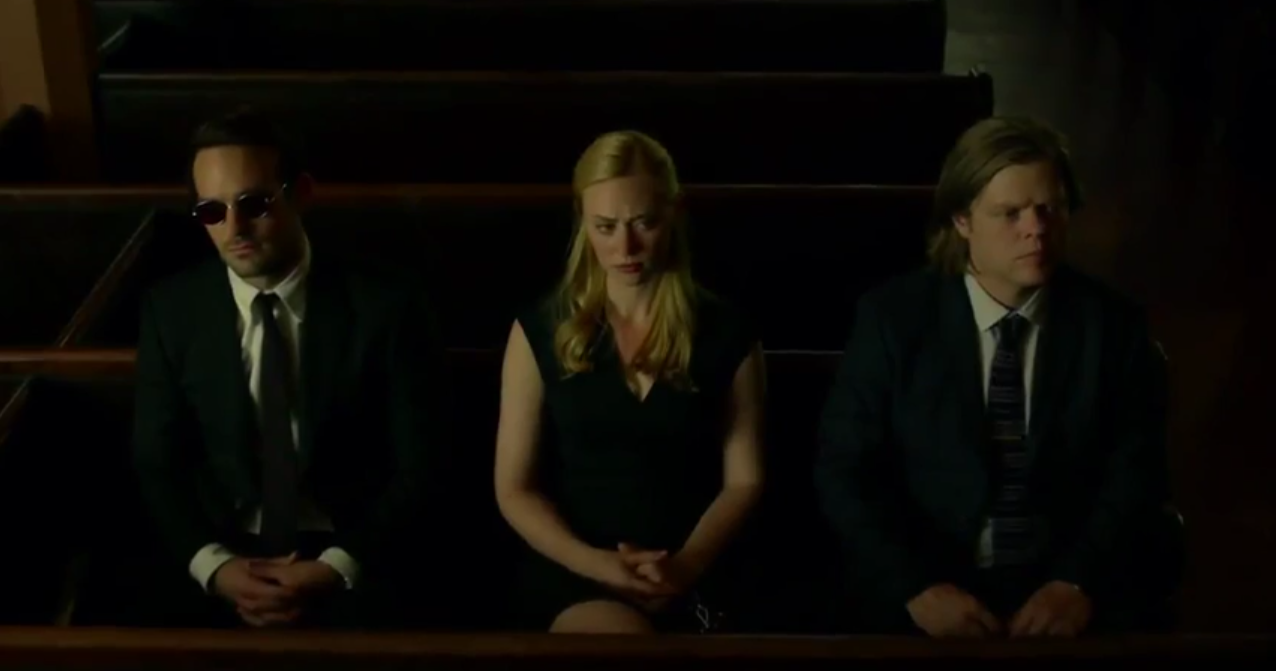 It may not come out until next year, but the Daredevil season 2 teaser that screened at New York Comic Con has already leaked to the vast expanses of the interwebs. It was originally posted to Youtube, but that version has been pulled offline. I’ve embedded a version hosted on a different site, so watch it while you can (y’know, before the lawyers get to it).

There are very few (if any) surprises, but the teaser gives us brief glimpses of both Elektra and the Punisher — and the final line (which is hard to distinguish) is apparently Jon Bernthal’s Punisher saying “beg.”