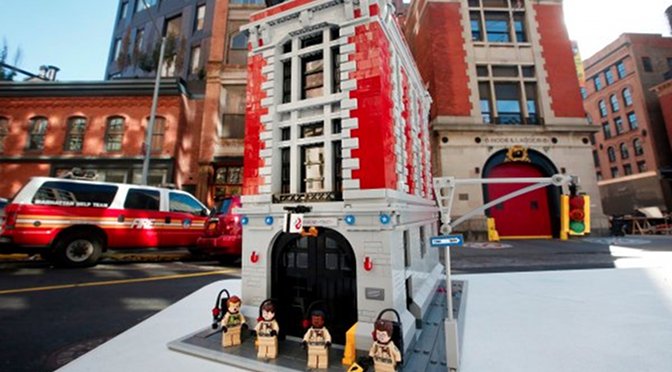 The (original) Ghostbusters got its first Lego set last year when the Lego Cuusoo program released the Ecto-1 Playset. The original submission that created that set included the Ghostbuster’s Firehouse though, which was obviously too expensive to include alongside Ecto-1. It looked like brick-building Ghostbusters fans would have to do without an official Firehouse playset.

Well, that was then and this is now. Lego announced a new Firehouse playset was coming last week… and now we know what it looks like. Lego tweeted out the following first look yesterday:

The new Firehouse set comes out in January, and will retail for $350 — just in time for me to burn through a chunk of my tax refund.