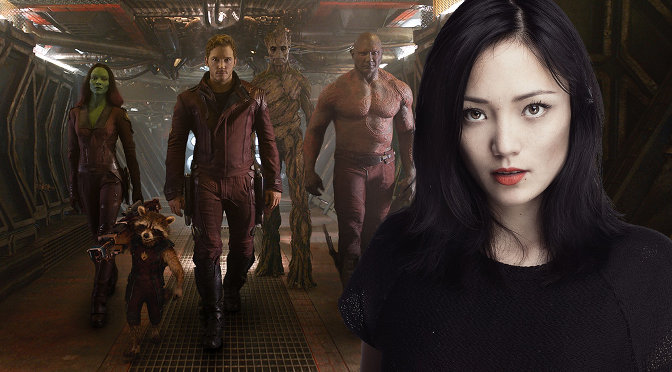 There hasn’t been a lot of casting buzz around Marvel’s forthcoming Guardians of the Galaxy Vol. 2, mostly because the follow up to last year’s surprise hit will mostly consist of the first film’s ensemble. Director James Gunn has said there would be at least one major new character in the film joining our heroes though, and we’ve been waiting to find out who exactly that is.

And now we may have.

It’s being reported that actress Pom Klementieff is in talks to play a major role in the movie. Klementieff hasn’t done a lot of English language roles (although she was notably in the American remake of Oldboy), and it’s really unclear who she will end up playing. Gunn has stated that he wants a second woman character on the Guardians roster, so it’s likely she’ll be one of the good guys… just no idea who.

The film still has yet to cast its mystery villain as well. Matthew McConaughey recently turned down an offer to play the part, and with production slated to begin in 2016 time is running out to make that decision.