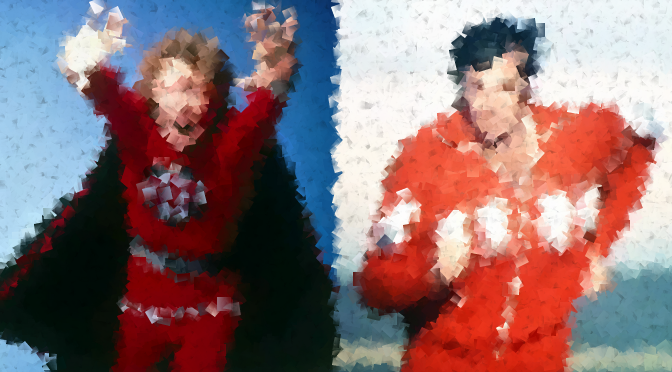 So the news broke this week about two notable remakes that are being developed — a new version of the 1983 series Greatest American Hero got a pilot ordered over at Fox, and The Weinstein Company has greenlit a big screen remake of The Six Million Dollar Man (titled The Six Billion Dollar Man) starring Mark Wahlberg.

And both have me asking “Why?”

It’s not that I’m against ever doing remakes, it’s just that one of the biggest justifications for doing so is to harness the nostalgia for the original property. In both of these cases… I just don’t see it. Most people under the age of thirty never watched either of these things, and they are definitely not going to show up at the theater in masses. Hell, in the case of Greatest American Hero there’s more nostalgia for George singing the theme on his answering machine on Seinfeld than there is for the show.

Has Hollywood not learned anything from the complete and total flop that was The Lone Ranger? I mean, at least Greatest American Hero still might not make it past the pilot stage — but Six Billion Dollar Man has a release date (December 22, 2017). It’s just sort of amazing…