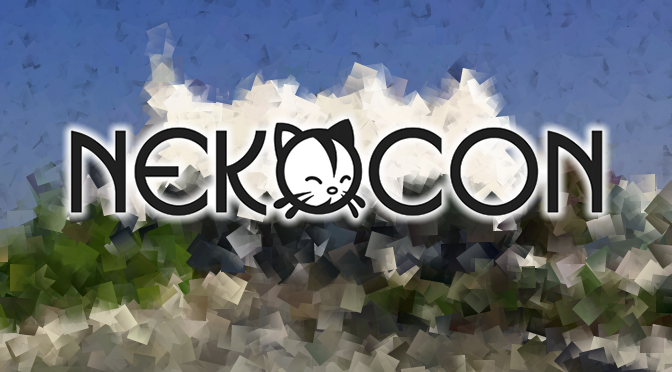 When you go to a convention as an attendee or vendor, there’s an expectation that you’ll be treated with some courtesy and respect by the event’s staff. This is doubly so if you’re a paid guest of the event, as the convention has invited you to appear as well. I mean, they’re paying you to be there — it kind of implies that they want you there.

You especially wouldn’t cut off the sound during the first song of a concert that featured four different guest musical acts you paid money for (say, Professor Shyguy, Tribe One, Dr. Awkward and MC Lars) because the performer climbed off the stage and got back on it. You also wouldn’t then proceed to yell at everyone to leave the room without actually telling the guests what went wrong. After all of that, you definitely wouldn’t cancel the rest of the concert (which you’ve arguably paid good money for) because of some bizarre perceived infraction of the first performer.

Well, apparently no one at NekoCon (Hampton, VA) got that memo this last weekend, because they did exactly that.

Friday night of NekoCon was supposed to feature the aforementioned bands in what sounded like a pretty entertaining evening, but it was abruptly cancelled during Professor Shyguy’s first song. We reached out to Professor Shyguy to find out exactly what happened:

So, noon is sound check. I get there. Me, other acts, the sound crew, we’re all going up and down off the front of the stage.

I’m doing it to test if I can get down and back up, they’re doing it to set up. This is during my sound check. I get there an hour-ish before my set to prepare for my show. […] I then set up my stuff, test the signal I had earlier, etc. 6:05 I start my set. I ask to have some people on stage to dance for my first song. Like I’ve done at every set for years. The sound guys says I can’t have anyone up for any of my set. I tell them that it really messes up a lot of my set, I have a lot of crowd participation. They say I can’t, I say okay.

[…] During the bridge of my song I climb off the front of the stage, put my tie around someone, and climb back up, do the last chorus, and then the music is cut off.

I ask the sound guys if it’s on my end that there’s not signal, if it’s something I need to fix. They won’t say anything. I try to ask them again if it’s on their end or mine. They put their arms in an “x”. I say I don’t know what that means, does that mean I have no signal coming from my stuff? Then, a guy I’ve never seen before starts walking up the aisles screaming that everybody needs to leave the room right now, everyone get out, etc. Being real rude to everyone and not telling the attendees anything.

He proceeds to say there has been drinking (which I haven’t drank anything all year at least.) That we’re creating fire hazards (which is a table that we moved. Every set I’ve done anywhere for years I’ve set up a merch table inside the performance room.) and that he saw stage diving.

That’s right, in a crowning moment of “what the hell just happened,” the staffer told Professor Shyguy that his climbing off and on the stage constituted a “stage dive.”

Honestly, as a person who’s been working conventions for almost twenty years, this is downright confusing. If an attendee had done any of these things, it should only receive a verbal warning, let alone a guest you are literally paying to do exactly this thing. The cancellation of the remaining concert makes zero sense as well.

When a con books acts like this, it brings in attendees. By cancelling the concert you are both offending the guests you’ve promoted, but also the audience which has come and paid to go to your convention. It’s just completely unprofessional and… well… bizarre.

Update (11/9, 12:35pm): NekoCon sent the following response to our request for a statement:

Per our official statement on our Facebook page, due to unforeseen circumstances the nerdcore concert has been canceled.

The “statement” they’re referring to is just an announcement that the concert was cancelled. So… yeah. NekoCon, when given the opportunity to defend itself or apologize, has done neither.

Take from that what you will.