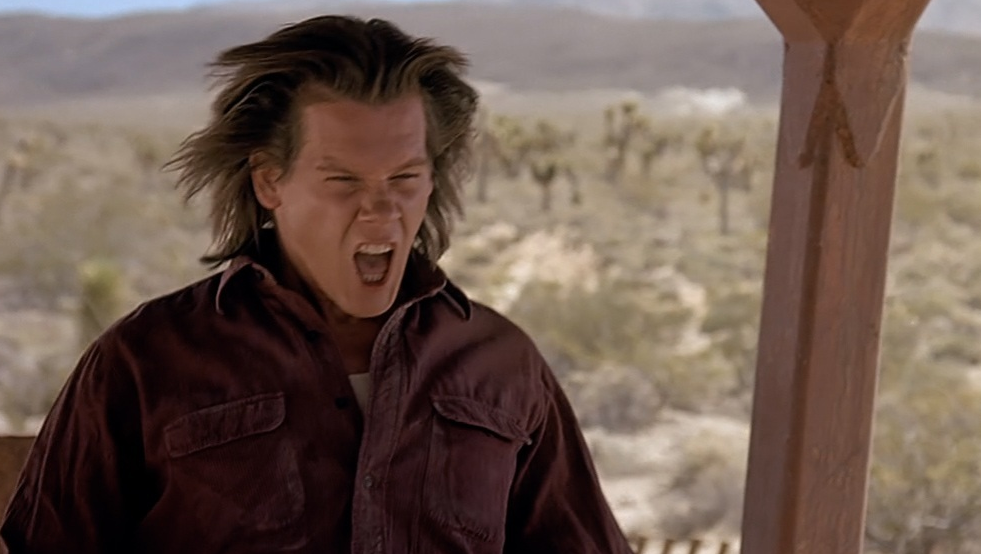 Kevin Bacon may have co-starred in the cult favorite Tremors, but he’s avoided showing up in any of the sequel films or the 2003 TV series. In fact, one of the best parts of Tremors 2 is Christopher Gartin having to constantly explain to people that he’s not Kevin Bacon’s character.

Needless to say then, you could color me pretty damned surprised when I found out that a new Tremors TV series is in development… starring Kevin Bacon.

Universal Cable Productions and Blumhouse Productions are shopping the project around to multiple networks, but no word on where this show might find a home. We don’t know a lot about the show itself beyond Bacon starring, Andrew Miller writing it, and the setting being Perfection, NV. We don’t know how much continuity will remain from the previous installments in the franchise (although I’m hoping they keep it), and, hell, have any of them called Michael Gross yet? Showing up in things called Tremors is literally Michael Gross’s thing.

We’ll post more as we learn more I guess.