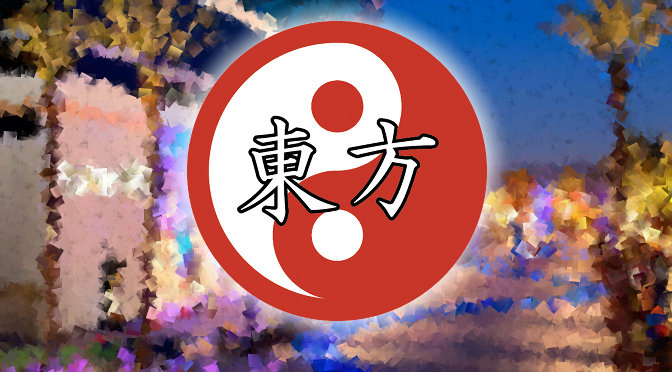 One of the things TouhouCon 2015 (Sep 18–20, Anaheim, CA) did this year was promise complimentary hotel rooms for participating artists and vendors. While it was a nice thought, it would have been even nicer if it had actually happened. After the convention, people who had stayed in these “free” rooms found their credit cards charged hundreds of dollars in October for the full cost of the rooms.

You know, without anyone actually telling them it’d happen.

According to the event’s staff, it turns out that TouhouCon was unable to settle their venue bill, so the Hilton charged the only credit cards it had on file. Artists are clearly angry, creating a dedicated Facebook Group, but refunds for what are (frankly) pretty hefty sums have yet to materialize.

In late November, TouhouCon finally made a public statement on Facebook regarding the situation: 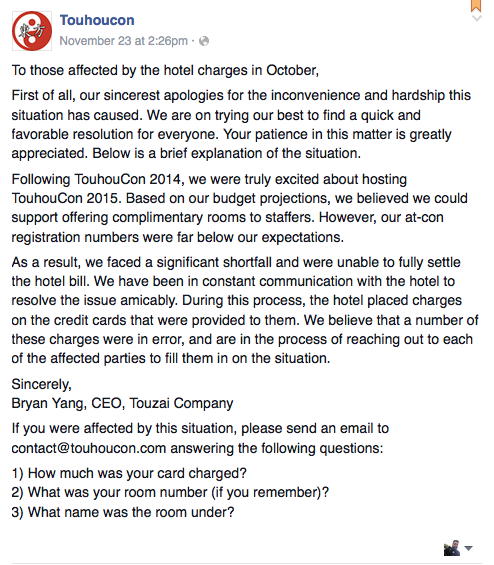 That post has been followed by weeks of silence though, as pointed out in the previously mentioned group.

Honestly this whole thing smacks of poor budgeting and irresponsible spending by a convention. The reason refunds have likely not come is the same reason the hotel didn’t get paid in the first place — the organizers are flat broke. Hopefully they’ll get their act together and get people back their money, but I’m not holding my breath.

And this may very well spell the end for TouhouCon. If they don’t pay people back, but still try to run a 2016 convention, I doubt many will be willing to trust the event staff. If the staff does manage to pay these people back, it could possibly bankrupt the con.

Of course, after not paying a hotel bill, I doubt many venues would be willing to host the con anyway.

8 thoughts on “Over Two Months Later, TouhouCon Artists Still on the Hook for ‘Free’ Hotel Rooms”