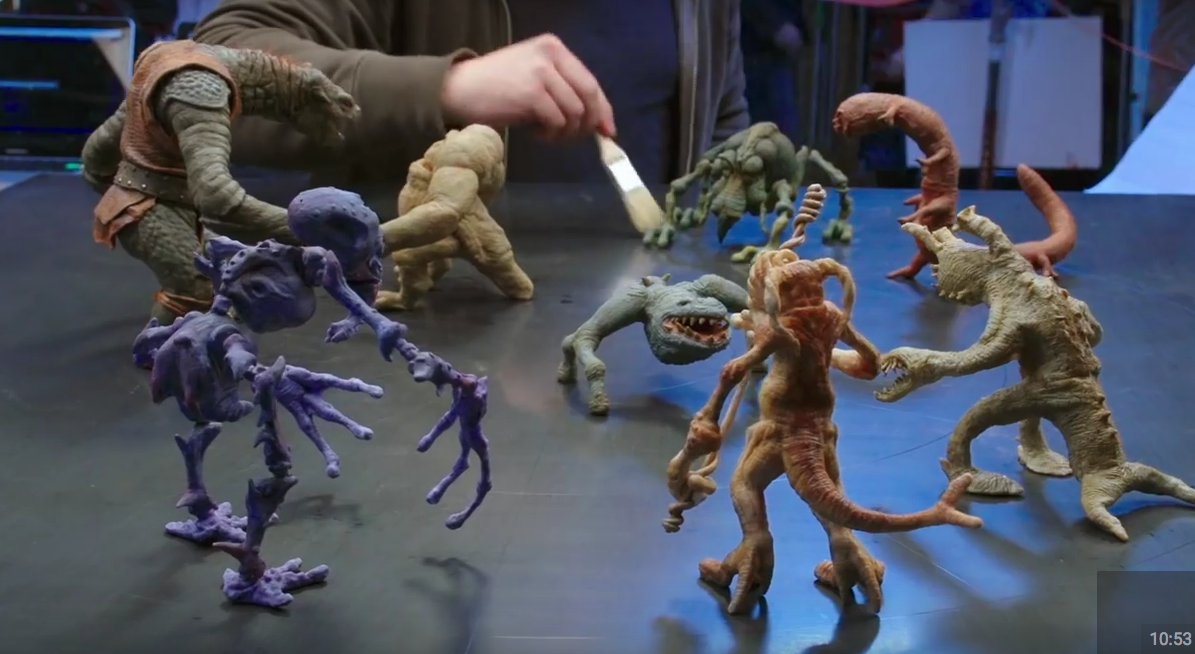 It’s no spoiler to mention that some of the long awaited (and finally here) seventh installment in the Star Wars franchise The Force Awakens takes place on the Millennium Falcon. I mean, they stuck it in the first trailer over a year ago.

Knowing that, it should come to no surprise that the infamous ship’s holochess board first seen way back in the original 1977 film makes a brief reappearance. I mean, it’s on the ship, the characters are on the ship — not really a major spoiler anywhere near the ballpark of this discussion.

But writing a sequence in which the board gets turned back on (even just for a moment) and actually putting that on screen are two very different things. The original stop motion puppets are long disintegrated, and everything had to be recreated from scratch. To do so, J.J. Abrams reached out to Phil Tippett, who had created the sequence in the original film, and got his team to work.

Adam Savage’s Tested.com went behind the scenes on Episode VII’s production, and got to be on hand while the new stop motion sequence was being created. Of course, they had to wait to post about it until now, but it was worth the wait. They’ve put a video out about the process, a long with a photo gallery of images from their visit too.

So yeah, watch it. Because it’s neat.