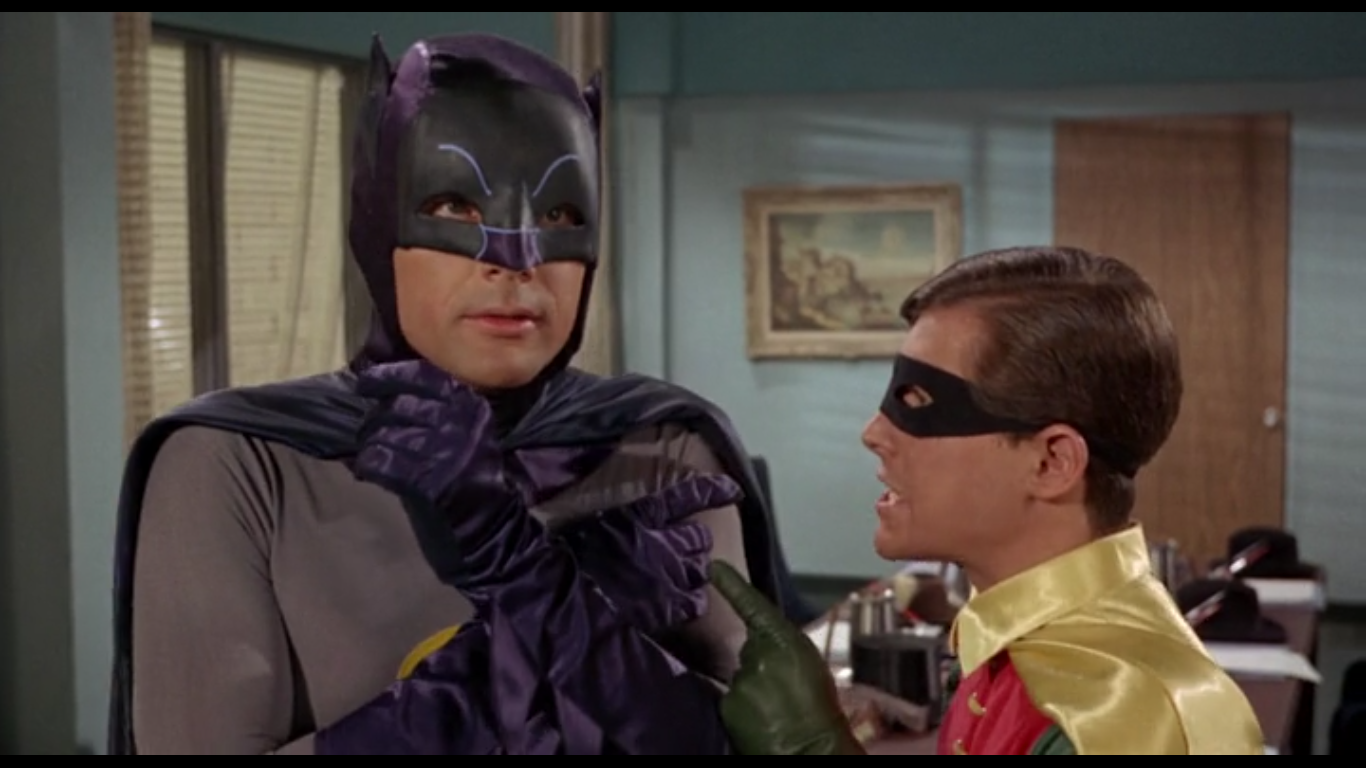 Fifty years ago today, the first episode of Batman aired on ABC. The series starred Adam West as the titular Caped Crusader and Burt Ward as his sidekick the Boy Wonder Robin. The show would go on to run three seasons totaling 120 episodes, spawn a feature film, and crossed-over with The Green Hornet. It was, frankly, amazing.

And it is literally my favorite version of Batman.

I obviously didn’t grow up with the first airing (I was born in 1980), but it ran in repeats throughout my childhood. When I thought of Batman, I thought of Adam West. I knew every episode by heart, and it really defined who Batman was for me as a kid. It’s why I later got into comic books, even if said comics decided to take my hero in a very different direction.

So cheers to you, Batman (or as it gets called these days Batman ’66). You’re a Gotham city mostly seen in sunlight, protected by a hero more focused on hope and bizarre detective work than the grimdark interpretations that followed. You’ll always be my Batman.