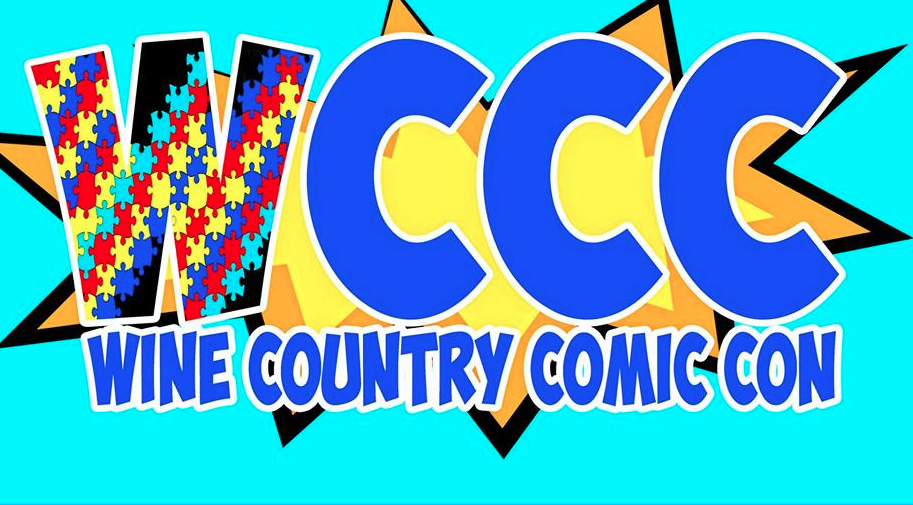 Last week we published a piece on Wine Country Comic Con. A first year convention currently scheduled for April 23-24 in Santa Rosa, CA, we were alarmed to find they were using a fake Facebook account to spam groups and talk with potential attendees.

But the more we looked into this event, the more we discovered that this story went further than just the fictional “Frida Avila.” Wine Country Comic Con organizer Uriel Brena has constructed a complex charade of lies, fake staffers, and a whole bunch of weirdness.

A Full Complement of Fake Staffers

The first thing we found out was that “Frida Avila” wasn’t the only weirdly complex fake staffer created by Wine Country Comic Con. Thanks to some email tips (and a bit of our own digging) we found several more:

I assume that like the now deleted “Frida Avila” account (Edit: Weirdly at least for now the Frida Avila account is back online), these will promptly disappear – so here are some screenshots. 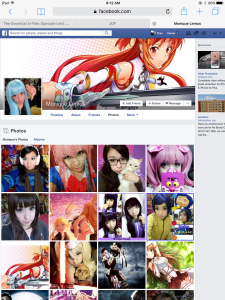 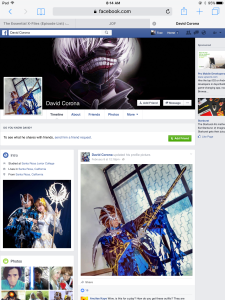 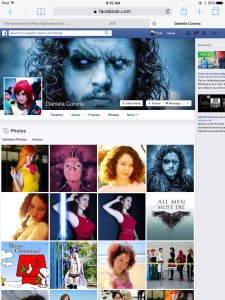 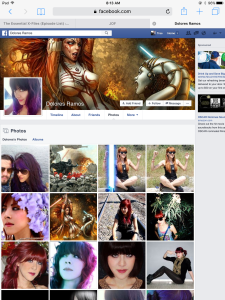 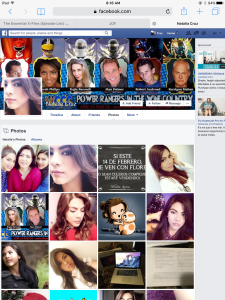 There’s at least one other account I suspect to be fake, but as I couldn’t verify who its images had been stolen from, I chose not to list it here.

Besides spamming Facebook groups, Brena has also used these accounts (along with both of the ones in his own name) to “review” this yet-to-occur event on the Facebook page of the convention.

While it’s true that the now deleted “Frida Avila” account was by far the most prolific in engaging with people, all of these accounts to some degree were interacting with their “friends.”

Although Brena has changed the language on the official website to be more vaguely worded (and no longer call out a specific charity), these groups could still be found listed on Wine Country Comic Con’s GoFundMe campaign up until last night (Update: Brena has relaunched the campaign with modified language). Thankfully, I compiled screenshots of the original page which you can view here: 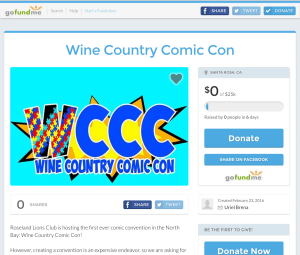 It’s also (obviously) still out there on previously published press releases (mirrored copy). The reason this information keeps disappearing? Well, it seems like Brena has zero affiliation with one of these groups.

We were forwarded a copy of an email from the Early Learning Institute, in which Executive Director Michele Rogers stated:

This is not our event nor have we agreed to be a sponsor. Uriel indicated he may make a donation but as you can imagine I hear that often but have no expectations. What he told me was that he hopes to build a preschool for kids with autism as his son has autism. I have no way to confirm this piece. I told him this was not something we were interested in doing.

Again, while this group is no longer directly referenced on the convention website, the fact that he was promoting the show at any point with this information is alarming.

The site now claims it’s building a new “Early Learning Center” without any particular charity behind it, but in truth I’d be surprised if any money was truly going toward that goal. Frankly, it’s an expensive proposition, and first year cons often barely cover operational costs. With so much clear misrepresentation by Brena, it’s hard to trust anything he says.

Update (3/7): It has now been confirmed that Wine Country Comic Con has officially partnered with the Roseland Lions Club. An earlier version of this article implied he had no connection to the group, and we apologize for our mistake. This was due to bad information given to us by one of our sources. We still don’t believe this excuses the promotional tactics used by Uriel Brena.

The Inauthenticity of Uriel Brena

Uriel Brena is an interesting character. His most notable online presence is through “Brena Outreach Strategies” which has both a Facebook page and website. Immediately upon arriving at both something seemed off. Let’s see if you can tell why by looking at this image that appears on them:

If you said to yourself, “Hey, the logo for Brena Outreach Strategies has a massive Survey Corps insignia from Attack on Titan in it!” you too have probably watched one of the most internationally successful anime series in the last few years. For those of you who haven’t either read the manga, watched the series, seen the god awful live action films, or just been to an anime con in the last few years, this is the logo from the series: 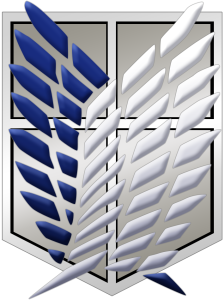 I mean, seriously — this is like putting a Star Trek swoosh on your company logo. It’s a gross intellectual property violation. Brena’s “Hispanic Business Expo” logo looks suspiciously similar to the Expo 2015 as well — though that one is slightly less clear cut.

But after what we found earlier, maybe we shouldn’t be surprised that Brena has no regard for IP rights.

So is Wine Country Comic Con a Scam?

This is a complicated question. On the one hand, Brena has clearly misrepresented the event and promoted it using highly unethical practices. On the other hand, if the convention happens, and if it delivers the attendee experience it promises you can’t really consider it one. He may be on the level regarding where the money is going, but using dishonest tactics to raise it. I think the real question potential attendees have to ask themselves is do they trust Mr. Brena.

As I stated in our previous article on Wine Country Comic Con, conventions are the cornerstones of local geek communities. When someone comes in disingenuously and lies to their attendees, it weakens that community.

Even if Uriel Brena intends to donate any or all of the money from the event to charity, I honestly don’t think I’d believe him until I saw something actually happen after the convention. When you tell me a half dozen lies, it takes a lot for me to believe the next six things you tell me.

Update (4/10): Most of Wine Country Comic Con’s guest list has now pulled out.