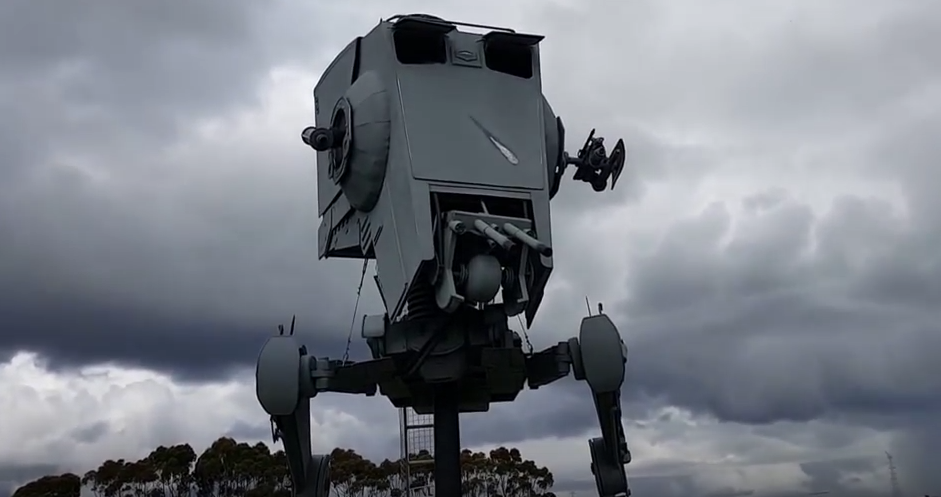 I think most of us grew up wanting some sort of life sized replica of the various vehicles in Star Wars. I mean, what geek wouldn’t want a full size X-Wing parked in their back yard, or some form of Imperial Walker? Most of us never get around to it though, because we don’t have the space, money or time…

…but one guy did.

Preferring to remain anonymous, a man built a full sized replica of an AT-ST in his backyard. Complete with moving turret, opening and closing shutters and sound effects, it’s just a thing he now has. He didn’t make any noise about it or post about it on the internet — he just built the thing.

Frankly, the only reason we know it exists is because someone else spotted it. A guy who calls himself “Mr. Kernish” spotted the All Terrain Scout Transport from the road and initially posted some photos of it to Imgur. He later summoned up the courage to approach the AT-ST’s creator, and while maintaining the creator’s anonymity posted some close up videos of it.

Here’s the outside of the AT-ST:

And here’s a bit of the interior:

I guess in the end my only reaction is “I want one.” I mean, seriously, this thing is awesome. Too bad I’d have nowhere to put it.