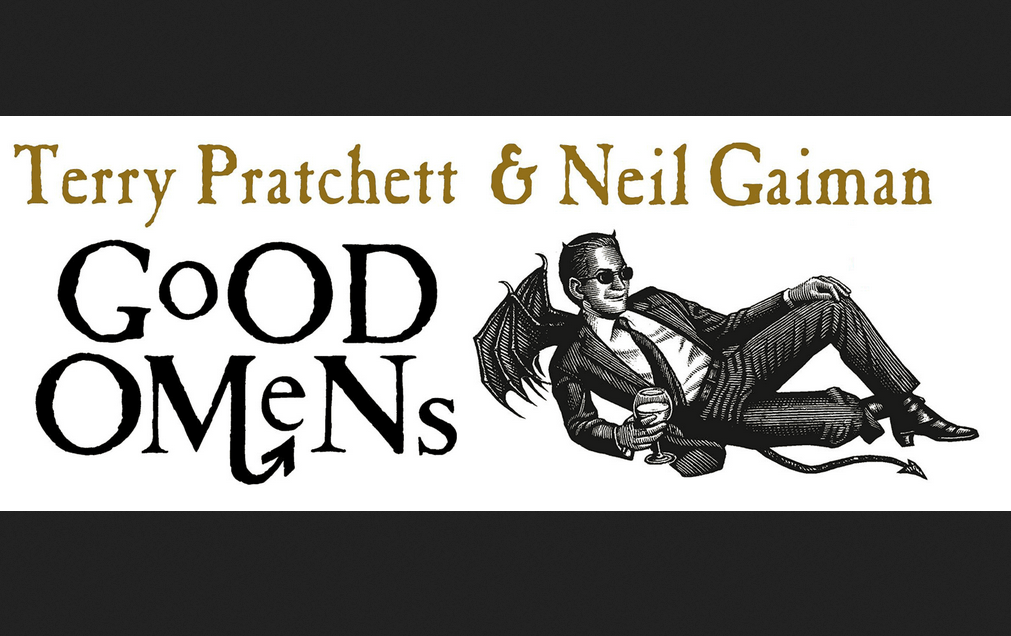 The first Terry Pratchett novel I ever read was also the first Neil Gaiman novel I ever read. It was, of course, Good Omens, and it opened the door to me to two people who would soon become a couple of my favorite authors.

It’s a pretty good book. You should read it.

Neil Gaiman once said that he’d never adapt the book to screen with out Terry Pratchett, but apparently acquiesced when (not long before the late author’s death) Pratchett requested that Gaiman do it. The adaptation is reportedly being scripted as a six episode miniseries, and Gaiman claims to be two thirds of the way through the scripts already.

This isn’t the first time Good Omens has been pushed towards the screen. The first was back in the early 2000s, when Monty Python alum Terry Gilliam was planning to direct a film version. That fell apart post-9/11 though, as he couldn’t get funding together. In 2011, the other Monty Python alum named Terry, Terry Jones, was involved with a television adaptation that fell apart as well. God there are just a bunch of Terrys in this thing.

Hopefully this particular adaptation makes it to screen.