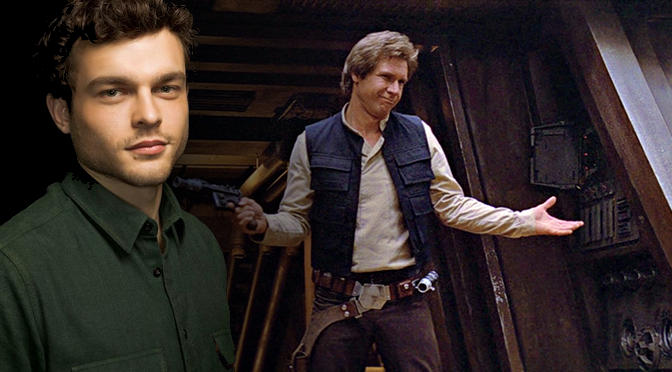 One of the biggest questions since Disney and Lucasfilm announced they’d be making a young Han Solo Star Wars Anthology film is who would take over the role from the legendary Harrison Ford. Well, after literally dozens of speculative articles and supposed “leaked” short lists we seem to finally have our answer.

THR is reporting that Alden Ehreneich has been been cast in the part. Viewers likely know Ehreneich from Kingsman and his scene stealing moment in Hail, Caesar!, and he bears enough of a resemblance to Ford where I can definitely see this working.

Technically the casting has not been announced by studio, but multiple sources have confirmed the news. The film is being directed by Phil Lord and Chris Miller (best known for directing The Lego Movie and creating the amazing TV series Last Man on Earth), and while it’s probably the upcoming Star Wars film I’m the least excited about, it should still end up a pretty decent flick.

Right now the as-of-yet-untitled Han Solo Anthology film is due out in 2018.