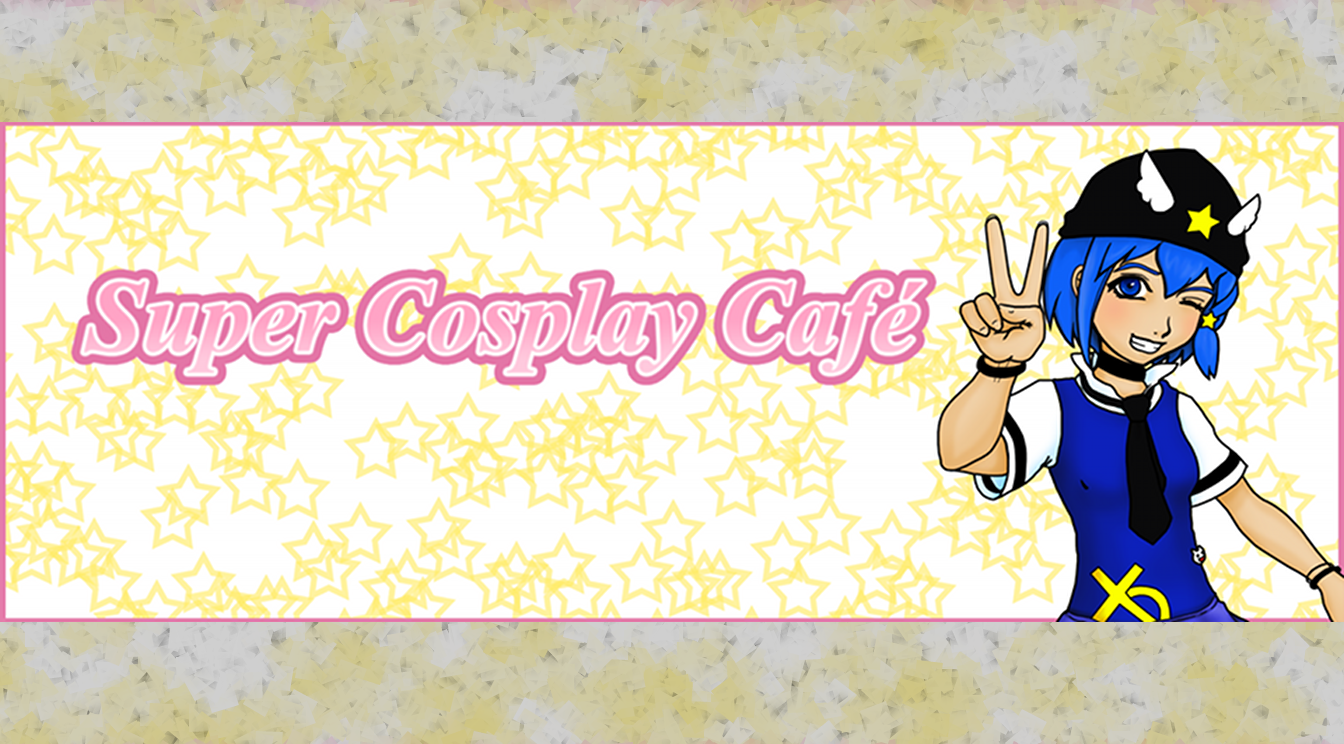 You’re going to have to bear with me on this because it’s a weird one. It’s the sort of thing I never expected to be writing about in the year 2016, but this is where we are right now. You see, there’s this website called Super Cosplay Cafe. What’s that, you hadn’t heard of it? Well neither had most people. I think it’s fair to say they are a pretty non-notable group.

Maybe they submit a bunch of panels or something?

Anywho, the only reason people like, say, me are giving them even a second of thought is because Super Cosplay Cafe will apparently not be associating themselves with Anime St Louis anymore. The reason? The existence of diversity programming supporting LGBTQ+ and minority cosplayers at the convention.

I am not kidding.

The group made the following post to Facebook on Monday explaining their decisions… which was probably a mistake to start with: 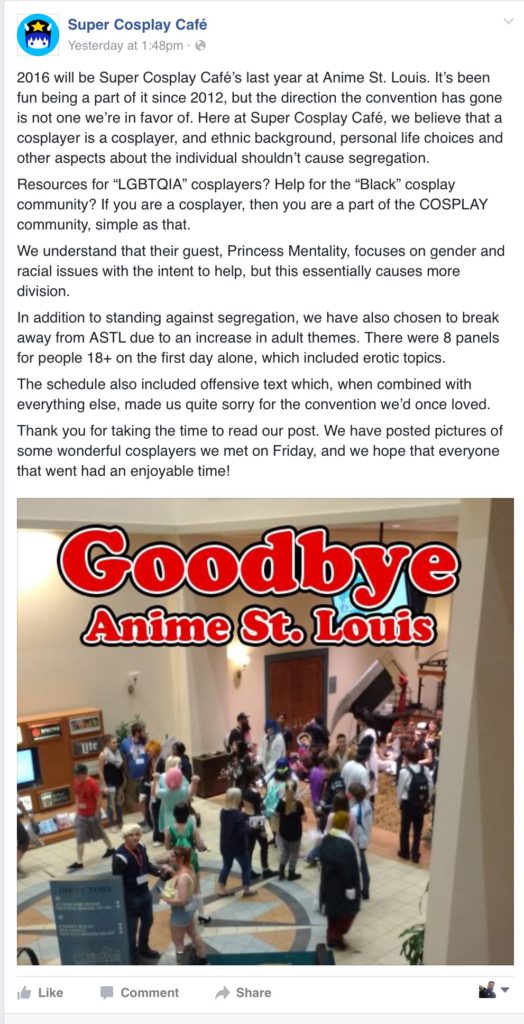 For those of you unable to parse the bizarreness of that post, Super Cosplay Cafe (with all of their talk about segregation) is actually complaining that Anime St Louis dared have some panels that focused on LGBTQ+ and minority issues. That’s right, talking about issues that uniquely effect people of color and LGBTQ+ people is somehow “segregation.”

I have never seen such a blatant illustration of privilege in my life.

Of course, I think it’s pretty clear with references to “personal life choices” that this isn’t about creating unity, but instead silencing the voices they don’t want to actually hear. Combined with their website’s bizarre anti-crossplay stance and references to “biblical principles” on the about page, a pretty clear picture is being painted here.

A picture a lot of people don’t exactly like.

And since they publicly made this announcement (including calling out a cosplay guest from the event), it’s been passed around. A page with less than two hundred Facebook likes now has literally hundreds of comments and shares, spreading their ill advised convention flounce across the internet.

No one knew who Super Cosplay Cafe was when Anime St Louis ended Sunday night, but they sure do now.