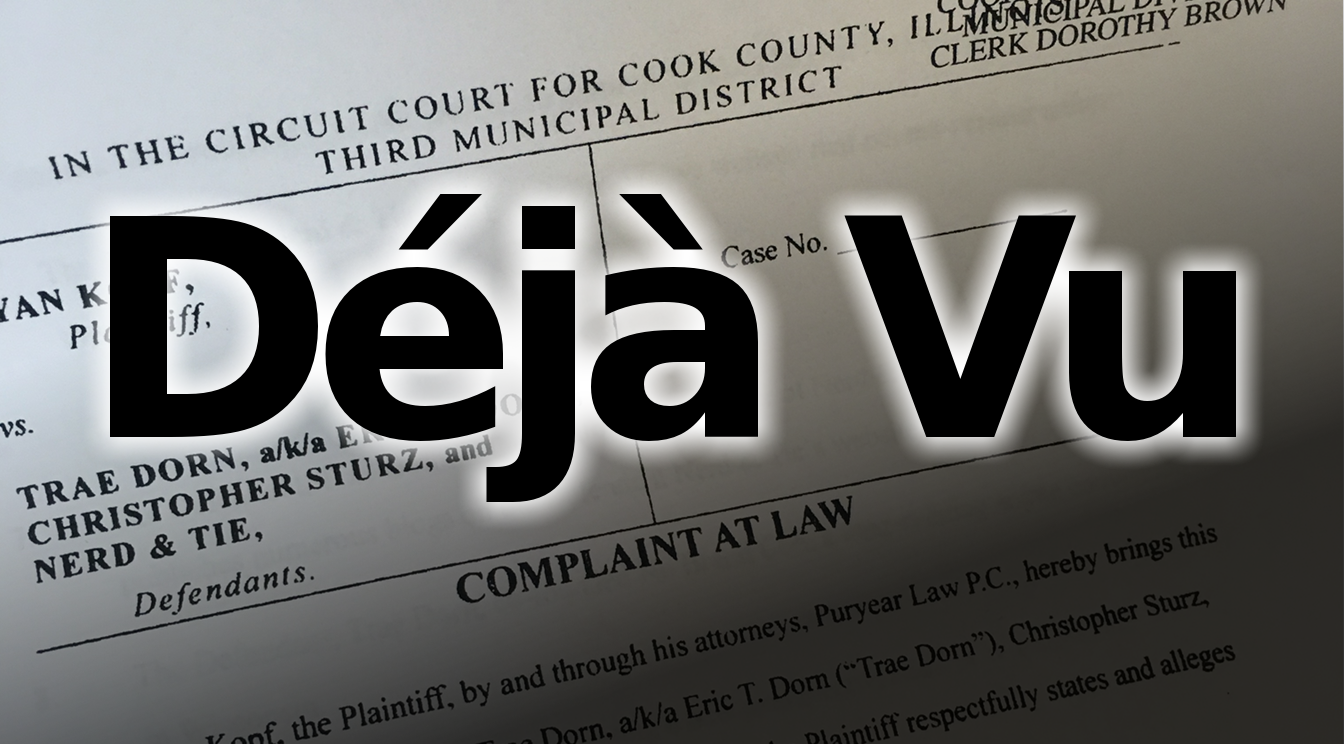 We do a lot of stuff here at Nerd & Tie. We produce a podcast, are helping start a new convention, and provide in-depth coverage of the con scene. That last bit is one of the things we’re most proud of, but is also what’s led to some of our biggest headaches.

As those of you who follow this site may be aware, for the first half of 2016 I found myself fighting a lawsuit AnimeCon.org/Chrono LC CEO Ryan Kopf filed against me in the state of Iowa. It was over some of the coverage of his events I’ve written over the last couple of years (mostly these two articles). He later amended the suit to include Nerd & Tie co-creator and contributor Pher Sturz.

It should be noted that Pher was added to that suit solely because of posts made on his personal Facebook page in support of me.

Eventually things ended, with the case against myself and Pher Sturz being dismissed on jurisdictional grounds. We had hoped that would be the end of this situation, but unfortunately rather than take the minor PR hit and move on, Mr. Kopf has decided to keep this going.

Late last week both Pher Sturz and I were served once again.

You see, Ryan Kopf has had his attorneys refile the case in the state of Illinois in late June. You can read the new petition (2016-M3-003898) here, but it is almost identical to the amended petition filed in the Iowa case. Pher and I are both named, along with Nerd & Tie itself (although that last bit is less important as Nerd & Tie is not its own legal entity — as I am the sole legal owner of the site).

Now, as I said last time, I don’t want to discuss details, but I still stand by what I wrote.

Unfortunately though, legal fees and lawyers are not exactly cheap, and we expect costs to be much higher this time around. So while we hate to do it, we’re asking for your help again.

I’ve launched a new GoFundMe campaign, and if you can help contribute we’d appreciate it. We’re asking for $6,000 right now, although we may need more down the road. I know it’s a lot of money, but theres a good chance this case is going to drag out longer than the last one.

Honestly we appreciate any help you can give us.

10 thoughts on “So Ryan Kopf is Suing Me… Again”