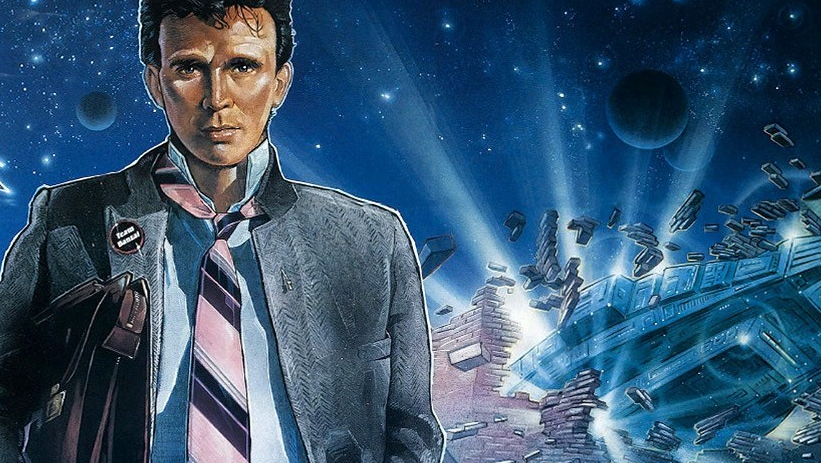 Back in May, news spread that Kevin Smith was trying to develop a TV series based on the cult film Buckaroo Banzai: Across the Eighth Dimension. Not a lot of news has come out since though, beyond the news that Amazon Studios may be interested in the project. Well, the show may have hit a snag — and it’s one most of us probably weren’t expecting. Although MGM owns the rights to the original film, they may not in fact own the rights to the title character.

Talking with Film Buff Online, the director of the original film W.D. Richter said that the wording of Buckaroo Banzai writer Earl Mac Rauch’s contract may put the rights of the character in Rauch’s hands and not the studio’s. Richter stated:

[The] Agreement’s simple, blunt language acknowledges the existence of two entirely separate intellectual properties – one they called ‘The Property’ and one they called ‘The Work.’ Crucially, ‘The Work’ is a technical term in the Writers Guild Basic Agreement with all the studios, is defined as only “what the writer is engaged to write,” and a screenplay is all that Mac was engaged to write in the MGM contract. David Begelman basically commissioned a screenplay based on a piece of literary material that MGM didn’t own and then David Begelman went off and made and released a movie based on it. It’s the equivalent of releasing a movie based on a Stephen King book but forgetting to buy the book from Stephen. And a highly regarded property lawyer agrees with us.

Now, I am in no way a lawyer, so I can’t speak to the legality of any of this — but regardless it sounds like some sort of legal matter will pop up here, whether the rights really lie with Rauch or MGM.

Hopefully this can get sorted out though, because halting the development of this project would just be the opposite of fun.