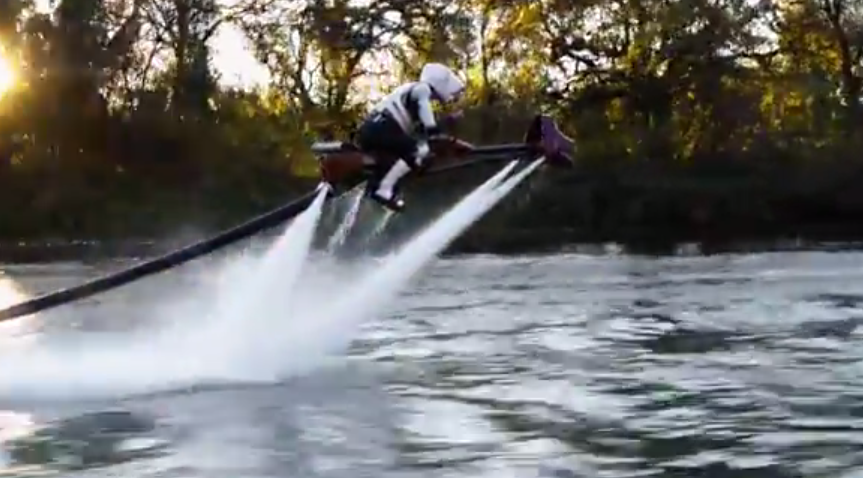 It’s December, and these days it means it’s the most wonderful time of the year — and by that I mean Star Wars season apparently. One of the most iconic scenes out of the original trilogy is, of course, the speederbike chase in Return of the Jedi. Most of us dreamed of tearing through the woods on a 74-Z as kids, but as they run on fictional technology it seemed an unachievable one.

A fan film by Devin Super Tramp was uploaded this week which reproduced the famous speederbike scene with modified Jetovators (a jet ski powered flying water bike). I’ve embedded it below if you want to take a look. It’s pretty damned neat.

And here’s the behind the scenes video to explain how they shot the film (and modified the bikes) to spoil a little bit of the movie magic for you: